The 40-year-old mixologist and proprietor, who hails from Massachusetts in the United States, has transformed the venue since taking it over last year, modernising the premises and introducing a US-style small plates menu that features the best of local ingredients.

But it’s Brahm’s unique take on Prohibition era crafted cocktails – gleaned from his upbringing in the evolving café culture of Los Angeles during the early noughties – that’s really garnering fresh attention for the popular bar and bistro.

Brahm has been working in the hospitality trade since he began waiting on tables during his teens. The industry helped him pay his way as he worked from the east to the west coast of America, eventually settling in Los Angeles when he was 22.

But he’s done other things too. He served in the US Army and met his wife, Caroline, who comes from Northern Ireland, during a posting to Germany where she was attending university.

And he’s a trained actor who has appeared in many television productions, including Game of Thrones and Into the Badlands.

Hospitality, however, has been a constant presence in his life:

‘It’s an ideal job if you’re trying to be an actor because of the schedules you have to keep,’ he told LCN this month. ‘It’s an easy thing to always come back to and I always saw it as something that was familiar to me and a bit more stable than acting, perhaps.’

Brahm and Caroline returned to Northern Ireland in 2015 by which time they had a six-year-old son:

‘We knew it would be nice to have a little support around in terms of family,’ says Brahm. ‘I’ve also been to a lot of places in the world and NI is actually not that bad at all.’

Brahm says he had no shortage of job offers and began work straight away at The Cloth Ear in The Merchant hotel. As time went on, various other job offers came and went, but he had already decided that he wanted to look after a venue of his own:

‘I was aiming to do it within five years [of arriving in NI], but I ended up doing it in three,’ he adds.

A six-month search for premises led eventually to Shelby’s in Holywood, a well-known venue of long-standing which Brahm was confident he could reinvigorate.

‘To be honest, I think I just got a bit fed up with watching everyone else do things in a way that, I felt, was wrong,’ he admits.

The casual ‘speakeasy’ style that Brahm introduced to Shelby’s when he opened in December, 2018, has been going down well with local customers ever since. His classic craft cocktails and homemade juices and syrups, are the perfect accompaniment to his unique fusion menu.

‘Business can be a difficult thing to get right, but we’ve been bang on with the expectations that we set and we’re getting better,’ he reports. ‘The key thing for us now is a continuation of what we’ve achieved with a focus of getting more bums on seats.

‘The ultimate ambition is to open another location and grow the business. It would still be under the Shelby’s banner but in a different town. That’s what we really want to do, but it’s on the long finger for now. Securing continued growth will be our key objective in 2020.’

Combine all the ingredients in a mixing glass and add ice. Stir for 20-30 seconds until chilled and properly diluted. Serve in a chilled Nic & Nora glass with expressed lemon peel.

I find the floral, earthy notes of the gin really elevate this classic cocktail along with the dryness of the Vermouth, and just that touch of saline to wake the ingredients up. It’s a perfect ‘after work’ drink. 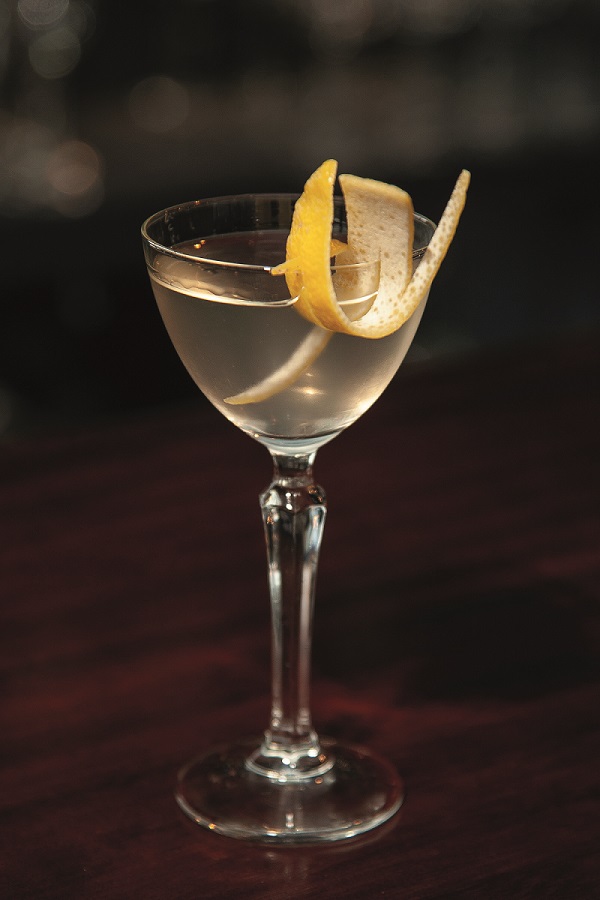