The upheaval caused in hospitality by the Covid-19 crisis has done nothing to blunt the enthusiasm that Caelan McVeigh has for his job.

At 23, Caelan McVeigh is manager of the prestigious Observatory bar in Belfast’s Grand Central Hotel. And by his own admission, it’s his dream job:

‘I’m happy at my work, I wouldn’t move for double my salary,’ he told LCN this month.

Although he’s back at his post now, managing the highest cocktail bar in Belfast, the early months of lockdown saw Caelan fulfil a very different role, doing everything from servicing the rooms which were being used by frontline workers to helping formulate new staff operating procedures and complete risk assessments.

Since July 3 though, he’s been back in the Observatory on the Grand Central’s 23rd floor with new Covid-19 restrictions in place:

‘We’re lucky in that we never cram people into the place at any time and so we haven’t lost that much to social distancing,’ Caelan reports. ‘Our afternoon tea trade has been through the roof and our Friday, Saturday and Sunday numbers are at the level they were at pre-Covid. People still want the product, they still want to come out and see us and our regulars are all returning. That’s what we want to see.’

Caelan’s first taste of the hospitality trade was at Vanilla, the restaurant owned by his family in Newcastle, where he had waited on tables from his early teens. When he was 18, he began a part-time job at the Slieve Donard Resort & Spa where the chance to work during big events such as the Irish Open, convinced him that a career in the trade was what he wanted. He mentioned this to his manager at the time and was directed towards the Hastings Hotels trainee manager programme, which he duly embarked on.

The programme saw him work in a variety of roles in hotels across the Hastings group including the Everglades, the Culloden and eventually, the Grand Central where he was part of the opening team at the age of 21:

‘I really loved it,’ he recalls. ‘When I first went into the [management training] programme, my dream had been to end up at the Grand Central and when I eventually got here, even with the stress of opening, it was absolutely the best thing I’d ever done.’

In August last year, Caelan was promoted to the manager’s post at the exclusive Observatory bar:

‘This is one of the most exclusive venues in Ireland with some of the highest standards and the clientele are willing to spend a lot more money to have a great experience here,’ he says. ‘We’re very focused on quality cocktails and premium ingredients and we have our own high-end cocktail list which isn’t like anything anyone else has.’

Many of those who appear in this monthly column are keen to open venues of their own, but Caelan has his sights set on promotion within the Hastings group where, he says, he would like to become food and beverage manager with the next few years:

‘I totally love my job,’ he adds. ‘Working here has its challenges, but I love my team, we are very close-knit and it’s very rewarding whenever you deliver. I wouldn’t want to be anywhere else.’ 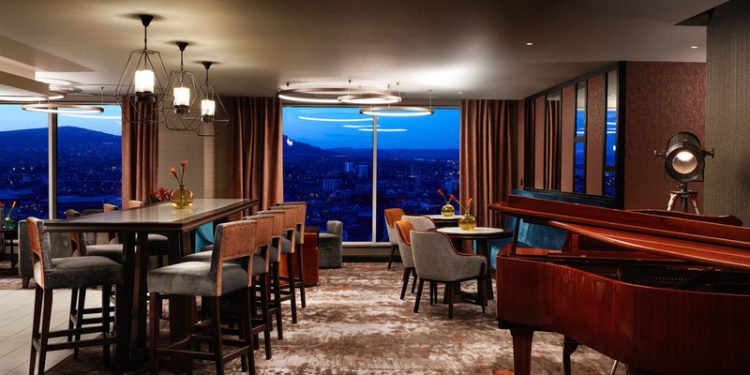 (A twist On The Negroni)

Add the entire ingredients list to a mixing glass or jug and stir them until the jug becomes ice cold. Strain the mixture over rocks in a glass with ice. Garnish with orange coin and coffee beans. 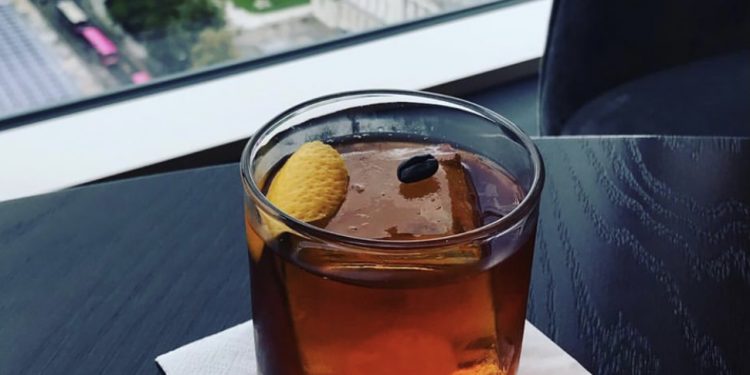