Like many in the bar trade, London-born Hannah Ferris (27) turned to the profession as a means of making money early in life, only to discover a hidden passion for the work.

Now living in Bangor, Hannah Ferris helps look after the cocktail bar at The Merchant hotel in Belfast’s Cathedral Quarter, but she was living in Edinburgh and reading French, Spanish and EU studies at university when her interest in the trade was first sparked.

Her first post was behind the bar at The Waverley on St. Mary’s Street, a staple of the city’s pub trade. That was one of the reasons that she really wanted the job, recalls Hannah, who admits that she had to overplay the extent of her previous experience in order to convince the owner to give her the job.

‘I just really wanted to work in hospitality, there was something about it that really attracted me,’ she says. ‘I have enjoyed being around people since I was a kid and working behind the bar attracted me because of the interaction, the ability to talk to everybody. It wasn’t that much about drink at that time, it was the atmosphere that I liked.’

During four or five years spent studying in Edinburgh, Hannah worked in a series of bars around the city. She also took a year out and lived abroad in France and Spain:

‘I didn’t work in bars when I was there, but I went out a lot and I learned a lot about the people there and their drinking culture which I tried to being back home with me, it’s very different to what we have here,’ she says.

By 2014, Hannah was back in Edinburgh and she worked for a time as a supervisor at a pub on the Royal Mile. In 2016, she returned to Northern Ireland and a job at The Dirty Onion in Belfast for which she had been interviewed while still living in Edinburgh. She stayed at the venue for about a year:

‘It was a lot quicker and there was more volume that what I was used to in Edinburgh. In general, I think our culture here revolves around drink a lot more and you have to learn to cope with that, you have to get quicker very fast.’

Hannah moved to The Ivory in Victoria Square in September 2017 – it was her ‘first real cocktail job’, she says. She had learned the basics of mixing cocktails from The Barking Dog’s Michael Conlon during her days at The Dirty Onion, so she wasn’t entirely unprepared for the experience.

From The Ivory she went to The Sagart on Chapel Lane for around a year before the opportunity at The Merchant came up. Now, she and another supervisor, are overseeing the dedicated cocktail bar at the luxury hotel:

‘I’m really loving it,’ she declares. ‘It’s fabulous. ‘At present, we’re looking to update the menu a bit, go down a more modern route with it and it’s really exciting.’

Reflecting on the changing nature of the trade in Belfast, Hannah says that she thinks the standard of bartending here is steadily improving:

‘It’s got a lot better in recent years and is developing a much more global outlook in terms of the drinks being served,’ she remarks. ‘Bartenders are also more knowledgeable, they’re reading up on cocktails and really trying to emulate the best bars around the world. There’s a real drive here to be as good as Dublin, local bartenders are pushing themselves to achieve that and they’re really passionate about it.’

Hannah says that in five years’ time, she’d either like to be managing an exclusive cocktail bar, preferably somewhere outside Belfast, perhaps in France, Spain, London or even Dublin. Or, she’d like to own her own place:

‘It would be quite small and would have a European influence because of the time I spent abroad. It would have a bar and maybe 10 or 11 tables with great cocktails and a selection of wines. That’s what I really want.’

Add all the ingredients to a shaker with two medium blocks of ice and shake short and sharp to decrease dilution, then add three drops of champagne acid, which is tartaric and lactic acid mixed with water. Enjoy! 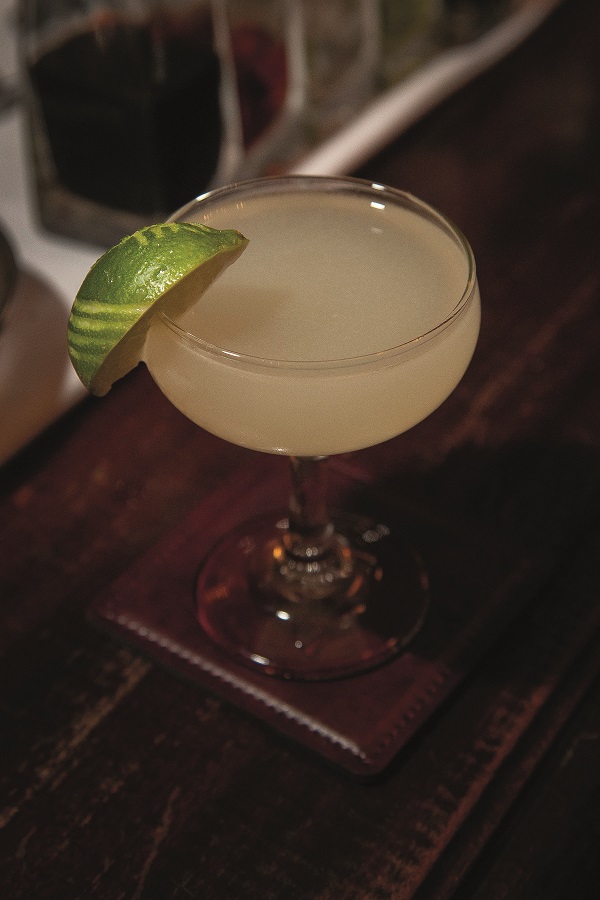