A great many of those who appear in this regular feature have been dedicated to a career in hospitality from a very young age and some of them end-up forgoing a planned career or an academic path in order to follow their dreams.

Such is the case with this month’s subject – the current holder of the LCN Mixologist of the Year title – Seamus Og Birt, bar manager at Portstewart hotel, Me & Mrs Jones.

Originally from the mid-Ulster village of Bellaghy, Seamus Og (25), began his bartending career at the age of 16 when he started lifting glasses at Bryson’s bar in Magherafelt. It wasn’t long, however, before Seamus Og realised that he was particularly at home in the cocktail bar where he admired the skill of the staff.

‘Eventually, I was made up to bar back and when the boys on the [cocktail] bar where getting it tight, I tried to help them out as best I could,’ recalls Seamus Og. ‘And when it wasn’t as busy, I would ask them about the cocktails they were making.’

By the time he was 17, he’d been made up to bartender, working all four of Bryson’s bars with a particular focus on the cocktail bar.

A year later, Seamus Og was off to Belfast to study for a degree in the Irish language at Queen’s. He went for a number of bartending positions in the city but admits that initially, he was ‘knocked back’ from quite a few before securing work at The Cloth Ear in the Merchant hotel.

At 22, he moved to The Tipsy Bird and within three months of arriving, he’d been promoted to assistant manager. The general manager, Roisin McErlean, took Seamus Og under her wing:

‘I learned a huge amount about the drinks trade from Roisin, she has a real passion for it,’ he recalls. ‘And after stepping up into a management role, I found that the running of things could be a big challenge.’

Seamus Og was still at university at that time, in fact, he worked full-time throughout his period at Queen’s. However, he told LCN that he had actually decided during his first year of study that he wasn’t going to use the planned degree for his career:

‘I knew early on that I was going to stay in hospitality,’ says Seamus Og. ‘I just had an absolute passion for it, I loved it, I loved the challenge and I saw an opportunity to grow and to travel and meet people.’

Around that time, Seamus Og participated in the Jameson Brand Ambassador programme, making his way as far as the last round before the final cut was made.

Then, in June last year, he left The Tipsy Bird with the intention of going to work in Scotland with his then girlfriend. However, Seamus Og is friendly with the Menary family who own Portstewart hotel, Me & Mrs Jones. They asked at the start of last summer whether or not he’d be interested in managing the bar there and he went up to the seaside town with the intention of working at the hotel until it was time to leave for Scotland.

In the event, however, Seamus Og decided that he loved the challenge of bar management at Me & Mrs Jones and so he remained there, forgoing the opportunity to re-locate to Scotland.

‘This isn’t the long-term plan for me, but at the minute, the hotel owners are focused on a plan to re-open a bar in Portstewart called The Icehouse and I’m very much involved with overseeing that project.’

Seamus Og will be managing the bar once it opens in late October and he says he’s very much looking forward to that:

‘It’s going t be something totally different for the area,’ he reveals. ‘It’s taking what you’d expect to see in the city and putting it up on the north coast. It’s going to be a comfortable, informal bar with a focus on Latin spirits.’

And as for what Seamus Og calls his ‘end game’, he says that he’s very focused on finding a way in which he can work in the USA, either as a bartender or as a brand ambassador for Irish whiskey.

Method: Stir the mixture over ice and strain it into a chilled Nick & Nora glass with orange peel expressed around the rim of the glass and rested on the lip. Enjoy! 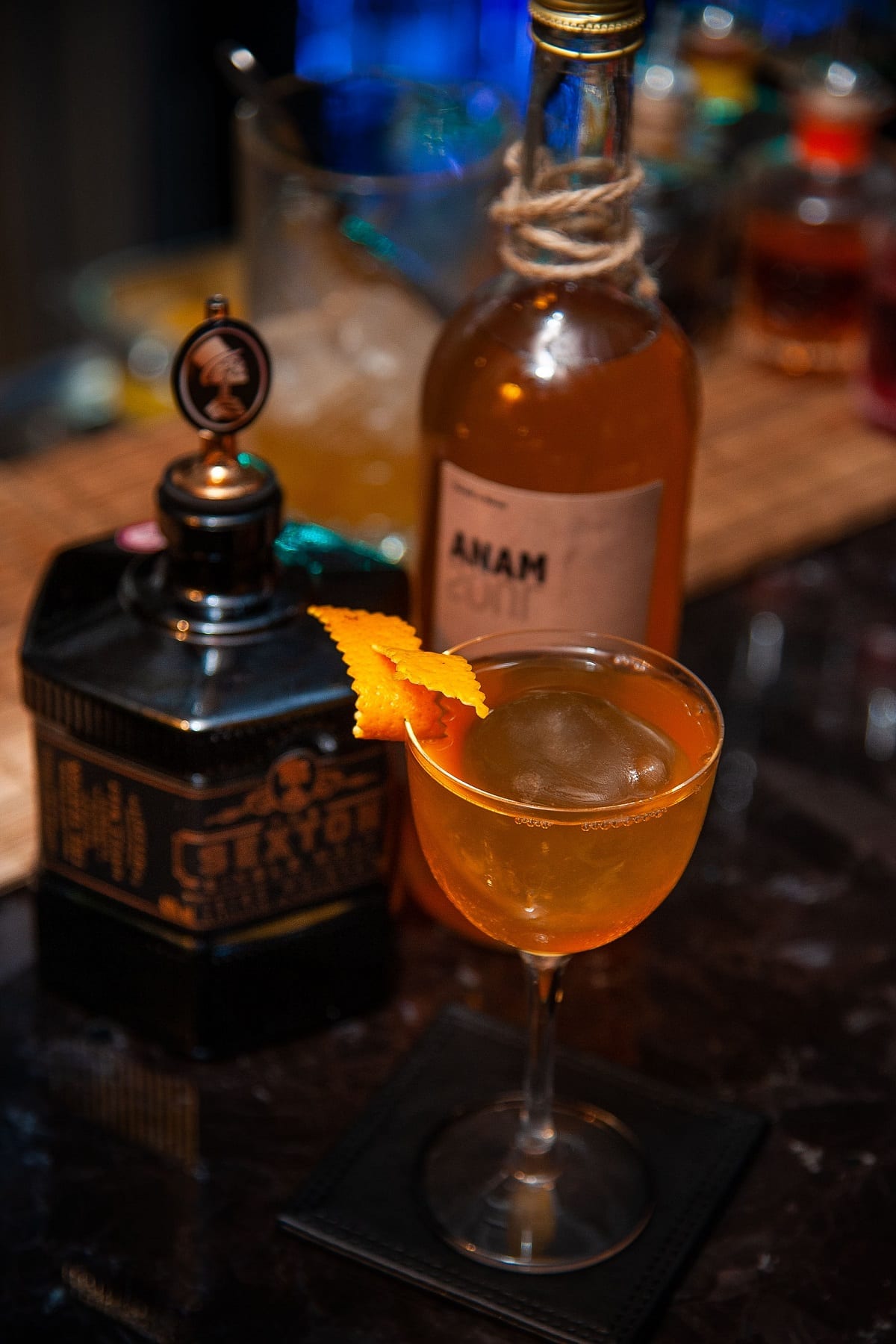