While there is still much to do with Beannchor’s estate in Northern Ireland, the group’s straight-talking MD tells LCN that the focus for future growth is shifting south of the border. Russell Campbell talks to Bill Wolsey…

Bill Wolsey isn’t one for sugar-coating the facts. He doesn’t try to convince his listener that business is booming if it isn’t or that the future holds nothing but endless potential. Perhaps it’s a luxury easily afforded by the principal player in NI’s biggest hospitality group, but a willingness to dispense with the executive spiel is a rarity nonetheless.

Occupancy at both his Belfast hotels – The Merchant and Bullitt – was ‘slightly down’ in 2019, he concedes, before laying the blame squarely with Brexit – which he derides as ‘nonsense’ – and the recent surge in hotel provision across the city.

There are simply too many hotels in Belfast, contends Wolsey (65). Speaking at Hospitality Exchange three years ago, he labelled industry plans for large-scale expansion in the city as ‘insane’ and 1300 rooms later, he’s sticking with that assessment:

‘Two or three years ago, I predicted that this would happen and it has,’ he says. ‘We have so many rooms here now, but visitor numbers haven’t risen in line with these numbers. There are far too many hotels being built and there are more on the way.’

Wolsey’s opinion isn’t in line with the sector’s conventional wisdom, which holds that to grow for the future, significant new capacity is needed now, but it’s hard to argue with his credentials or the runaway success of his burgeoning Beannchor Group of properties. Turnover for 2018 surged to £25.8m – up nine per cent on the previous year – gleaned from his hotels, more than 40 bars – most of which are leased – and a chain of Little Wing pizzerias looked after by his second son, Luke.

It’s all a far remove from Wolsey’s humble roots. The son of radically socialist parents in the Ballysillan area of north Belfast, he was a late starter in hospitality. He enjoyed a brief career as a promising footballer in England during his teens before enduring problems with his eyesight robbed him of the dream. An abortive career in the print industry followed before Wolsey finally turned his attention to hospitality.

Through his own effort and with a little financial assistance from his parents, he found the deposit for his first pub, The Trident Bar in Bangor, which he acquired and renamed as The Sportsman’s Bar. Eventually christened Wolsey’s, the bar and restaurant are still part of Beannchor’s portfolio.

During the course of 2019, investment in new and existing properties continued. Half-a-million pounds went into refurbishing The Cloth Ear at The Merchant in Belfast. At the nearby National Grande Café, £400,000 was spent creating a bold new look and towards the end of the year, Whiteabbey got its own branch of Little Wing.

This year, a significant amount will be spent revamping the cocktail bar at The Merchant along with 30 of its 67 rooms, but the biggest development news of the year from the group is likely to centre on a project outside NI altogether.

The opening of Wolsey’s edgy Bullitt hotel in Belfast was the big hospitality news of 2016 and since then, there has been talk of taking the brand to Dublin. A site at Caple Street in the city was identified – the former headquarters of River Dance – and although planning permission has been secured, there had been a number of objectors and three of them have now appealed the decision. Wolsey remains confident that work can begin on the new €20m hotel by the middle of this year, but he admits that making progress has been challenging:

‘We’ve had a very difficult start with this project,’ he told LCN. The site turned out to be one of the oldest in Dublin…We knew that bits of it were 17th century, but after archaeological investigations, they turned out to be 12th century.’

That kind of development is ‘great for PR’, says Wolsey, but it plays havoc with planning schedules.

Also this year, Wolsey is looking forward to the opening in June of his 52-key Haslem hotel in Lisburn.

And he says he’ll make a decision by February on the future of the Park Avenue hotel in east Belfast, which Beannchor bought out of administration in the autumn. That acquisition signalled an end to the long association with the hotel of former MD, Mandy Patrick, whose family had been at the helm in the venue since it was opened in the 1950s.

Since taking the Park Avenue on, Beannchor has streamlined its marketing strategy, introduced entertainment and improved its online presence. Wolsey said, however, that occupancy rates at the hotel remained ‘disappointing’ and indicated that he will assess Christmas trading figures before making any decision about its future.

‘We hope that we can keep the Park Avenue as a profitable hotel,’ he said. 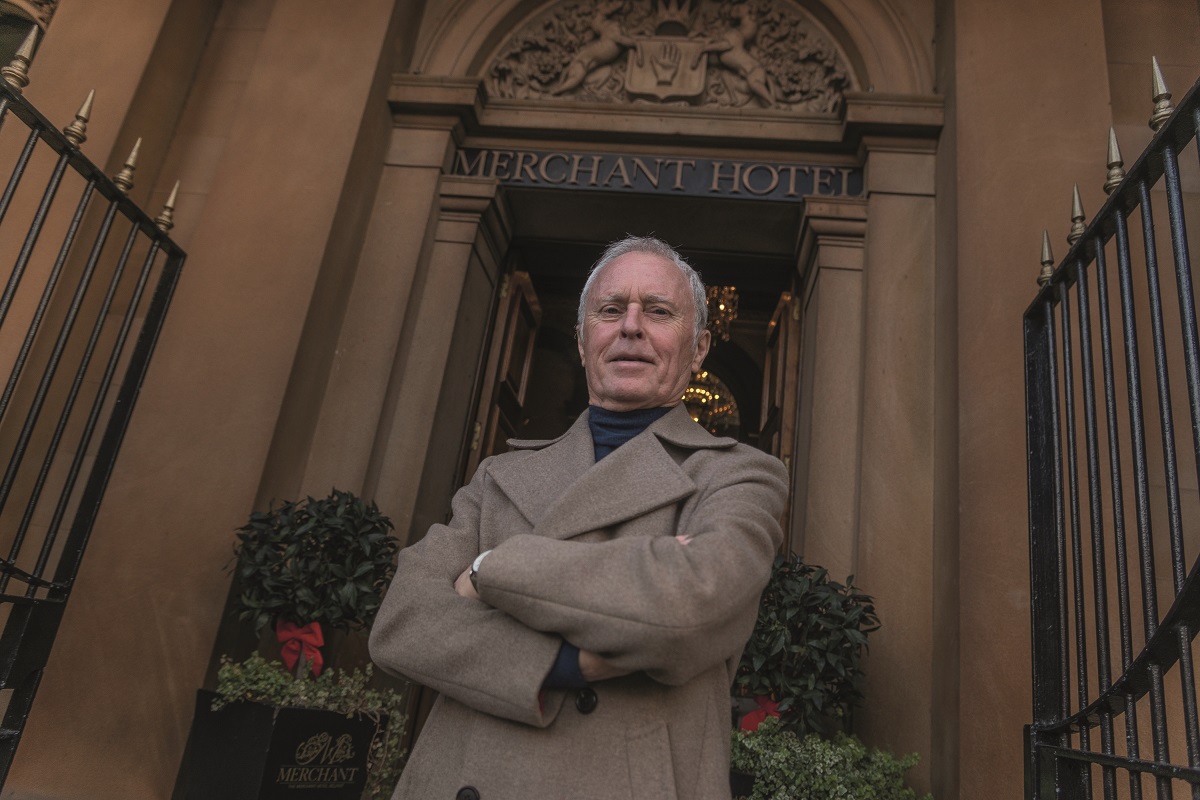 With Beannchor employing upwards of 900 people, it is notably exposed to the current recruitment crisis. Wolsey characterises the situation as ‘dreadful’. Laying the blame on Brexit uncertainty, he says that access to new staff from Eastern Europe has ‘dried up’ and many of those who had worked for the group have moved on:

‘We have had to start using more agency staff but we’ve just been told by one of our main agencies that they can’t find staff either, which just about sums the situation up,’ he adds.

Wolsey says that it’s up to local political representatives to put things right:

‘It’s what I’ve been banging on about for 15 years. We need our politicians to understand the importance of hospitality and we need them to appoint a tsar or a minister to look at this and to grasp how vital it all is.

‘We contribute over £1bn to the industry and we are aiming to double that figure in the next five years. So we need politicians, the industry and education to come together and bring about changes. Let young people know that coming into this industry is something that’s absolutely worth doing. When I started, engineering and farming were bigger industries than us, but now, we overtaken both of them put together and we still don’t have a minister.’

Wolsey describes himself as ‘an ardent remainer’ and says that he’s ‘cautiously optimistic’ around the ongoing talks process at Stormont:

‘The reason for that is that both parties [Sinn Fein and the DUP] took such a pasting [in the General Election]. I think the people here spoke loud and clear. They want Stormont back up and running.

‘In national terms, however, I am terrified that Boris Johnston will crash us out without a deal,’ he adds. ‘He is a man who absolutely cannot be trusted, his views change with the wind and that’s frightening. I think it’s going to be a case of wait and see what happens.’

As for his own future, Wolsey says that his ultimate ambition is to be able to retire:

‘Within the group there are a lot of people who are more talented than I am and they will move things forward. I have no desire to be here when I am an old dodderer.’

In terms of the Beannchor Group, Wolsey says that most of its future expansion will be outside NI, mostly in the RoI and perhaps, a little in GB:

NI hospitality in good shape to prosper in 2022, says expert