Joanne Shilliday didn’t have to be asked twice when her former employer at the Hole in the Wall in Armagh offered to sell the business to her in 2007.

By that time, Joanne (38), had spent 14 years working for Robert Lawson part-time behind the bar of the Market Street venue. As retirement beckoned for Robert, he offered to sell the business on to Joanne.

“Traditionally, this was an old man’s bar. The smoking ban had just been introduced and things could have probably been better trade-wise. But I knew that the place had potential,” recalls Joanne.

As well as that, Joanne knew that she was about to be made redundant from her full-time position with a recruitment agency, so the timing of Robert’s offer couldn’t have been better.

“I knew that with a bit of effort, I could make this work,” Joanne told LCN.

The building itself has been in existence since about 1615 and was once used as a gaol. It is said to be haunted by ‘Wilfy’, the ghost of a former licensee.

When Joanne took on the premises, she replaced the seating, re-decorated and changed the interior layout. She also introduced live music, which still continues at the bar every Friday and Saturday evening and more screens were installed, making it easier for customers to enjoy sporting events and music videos.

“This is still a traditional pub really, but now we cater for people from 18 upwards to our oldest customer, who is 92. We are getting a lot more young people coming in now, perhaps because of the music, but we find that everyone mixes really well.”

For Joanne, The Hole in the Wall is a full-time occupation, although she does get help now and again from husband, Richard, when he isn’t busy with his own business, Shilliday Refrigeration.

The latest innovation to be added at the pub is a ‘garden bar’ which is located at the back of the smoking area. It hosted a gin and beer festival during the summer and a number of bands during Armagh’s 7 Hills Blues Festival recently.

By her own admission, Joanne is a huge gin aficionado and in recent years, she has added dozens of varieties of the popular spirit to the shelves at The Hole in the Wall. There are now 55 gins available over the counter and Joanne reckons that’s pretty good for a venue traditionally perceived as “an old man’s bar”:

“We’re now attracting lots of couples,” she says. “The man wants a proper pint and the ladies are looking for a new gin.”

Joanne does her best to introduce a new gin every month at the bar and gin tastings are offered usually every couple of months.

“Armagh has really improved over the last few years, especially the mix of pubs and if I was going out, I’d have no hesitation in going to any of the pubs here,” she adds. “Traditionally we aren’t really in competition with each other, we all have our catchment areas and we try to help each other out.”

Cocktails aren’t in big demand at the Market Street venue, says Joanne. In the last six months, she believes she’s been asked for a cocktail perhaps three times, so it’s something that isn’t on offer. They don’t do food either although Joanne says that this is something that they might well consider adding to the offering in the near future.

As for plans going forward, Joanne is considering an expansion into the premises next door, which she currently leases and is using for storage. Ultimately, she sees her future very much tied to development of the Hole in the Wall:

“I’m really happy with the way the business is going,” she remarks. “I;m enjoying it and there may come a day when I don’t, but I always think that great pubs are born, they’re not bought and I love what I do, so I have no plans to stop.”

A Wedge of orange 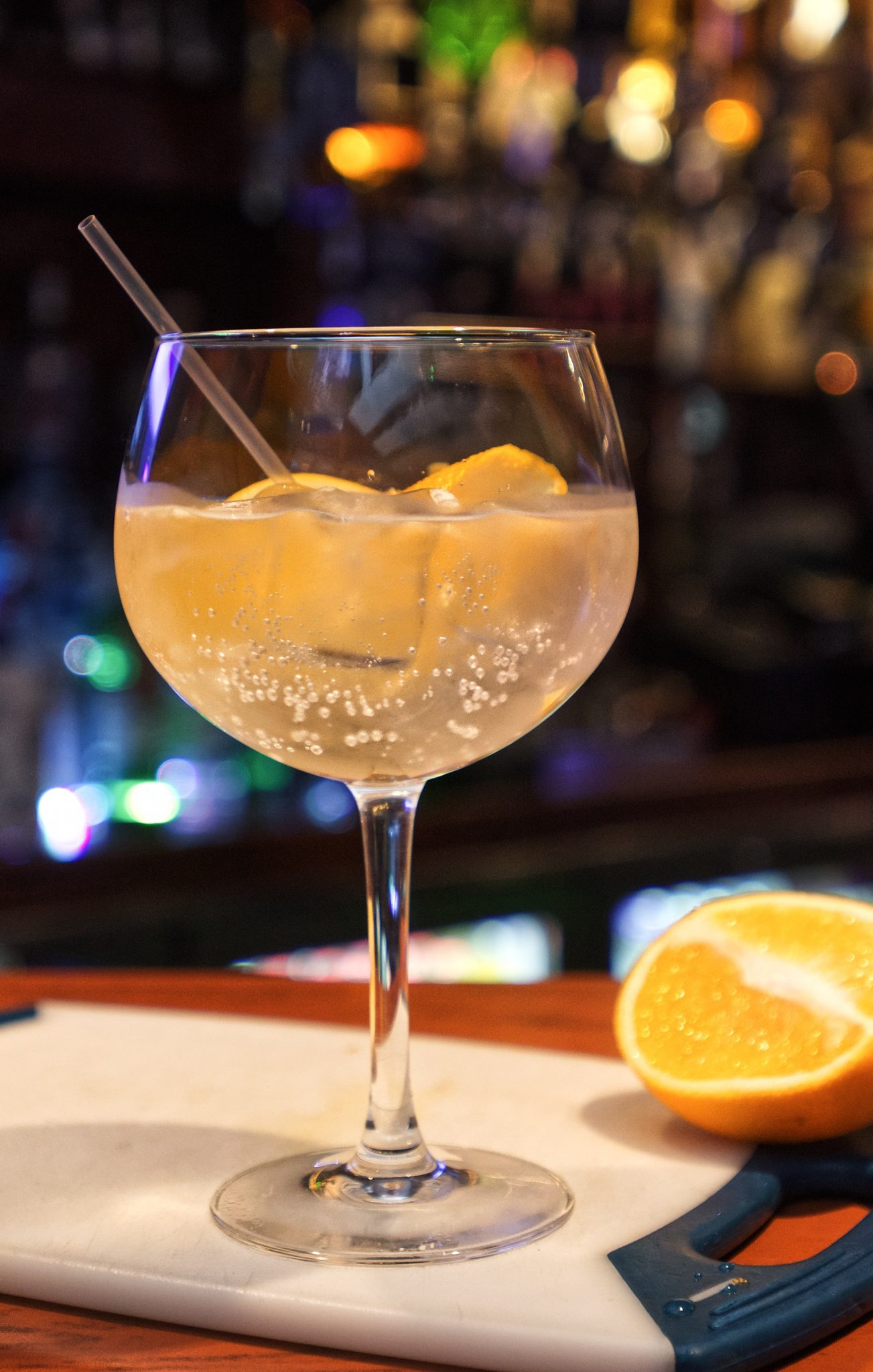