Jonny’s happy at his work

Glengormley-born Jonny Shaw has packed a lot of experience into less than 10 years in the trade, but he has always loved the job and is looking forward to big things in the future…

Like many of those who appear in this regular column, Jonny Shaw (26), has worked in the bar trade from a young age.

When he was still at school, he was employed part-time behind the bar at popular Belfast Asian restaurant, Zen. During the two or three years he spent there, he graduated from helper to cocktail mixologist and realised that he was working at a job he loved.

Again, like many of his contemporaries, Jonny also has experience of the hospitality trade outside Northern Ireland. He helped a close friend enhance his hospitality credentials by securing a few shifts at Zen and while he was there, the companion convinced Jonnny, who was 21 at the time, to join him on a working trip to Australia.

Jonny was away for two years. His first year was spent at a hotel in Sydney – ‘100 per cent different from my experience at Zen’, he recalls. The regime was much stricter and he often found himself working in the venue’s restaurant. Then, after completing six months of farm work as a condition of his two-year working visa, Jonny secured a job as head bartender at a bar in Sydney, The Cuban Place.

‘I learned a lot there too,’ he recalls. ‘It was mostly rum drinks, they had 140 different rums behind the bar and this was great experience for me.’

Jonny came back to Northern Ireland around Christmas and spent some time with his family, whom he hadn’t seen for two years. He did a few shifts back at Zen and then he won a local cocktail competition organised by Yelp. That led to him being offered a job behind the bar at Rita’s.

‘I spent about a year there and I loved it, it was probably my favourite job in Belfast up to that time. The cocktails we were doing were amazing and it was a lot of fun.’

After that, he spent about 18 months at east Belfast restaurant, Cyprus Avenue, where he was assistant manager, before an old friend and colleague – Barney O’Kane – invited him to go and work behind the bar at One Goose Entry in Belfast.

‘I loved it there,’ recalls Jonny. ‘We were given the freedom to do the entire cocktail menu ourselves and it was a great experience.’

When Barney left Belfast for a post in Paris, Jonny says the job lost its shine and he was happy to be approached about a new position at Bert’s Jazz Bar in The Merchant hotel where he now works as head bartender.

‘It’s a very cocktail-heavy environment here, but I’m used to that’, he says, ‘and we have a great bunch of staff here.’

Jonny still loves the hospitality trade and he says he’s thankful that he’s been given so many opportunities to develop his skills. He has no intention of moving outside the industry:

‘We are currently focused on making sure that Bert’s is seen as one of the best cocktail bars in Ireland, but long-term, I do fancy the idea of having my own place,’ he tells LCN. ‘I think it would definitely be cocktail orientated, but for now, I’m very happy with things just the way they are.’

Add all the ingredients to a mixing glass, stir until cold and diluted and then strain into a small (5oz) coupe. Garnish with an orange twist and cherry soaked in homemade cherry brandy. Enjoy! 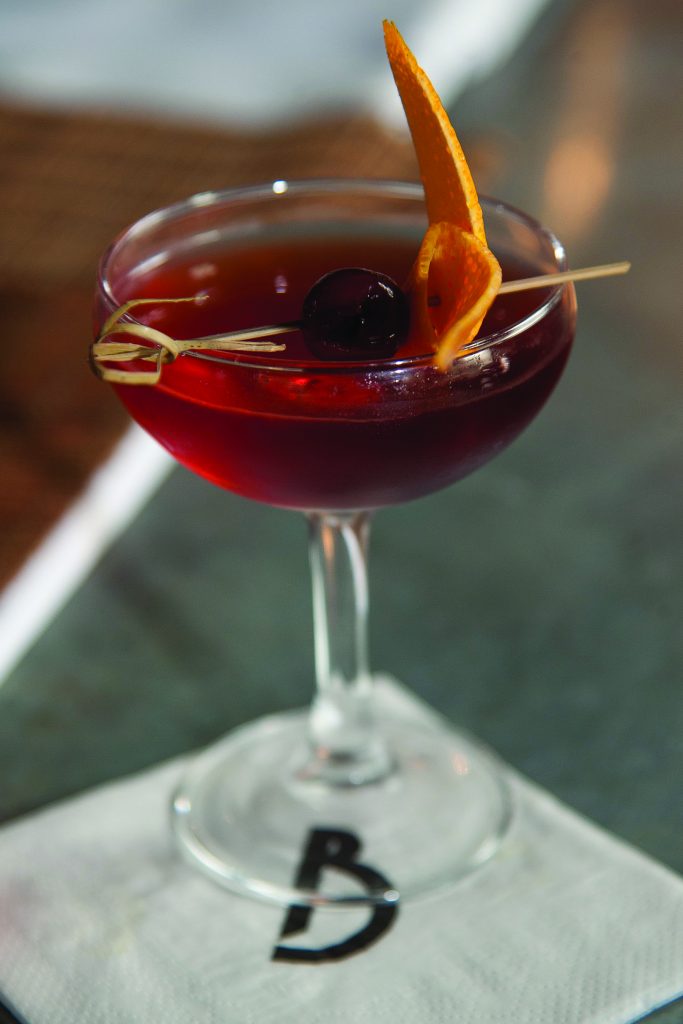 Nico has his heart and soul in Belfast

Nico has his heart and soul in Belfast