Twenty-four-year-old Sean Swift is a bartender with a mission.

Currently general manager at the Bush Bar in Enniskillen, Sean Swift believes that the creativity and innovation he’s been exposed to in his career to date puts him in an ideal position to spark a sea change in trends among drinkers in the County Fermanagh town.

With previous experience at the Westville Hotel in Enniskillen as well as Tenerife and the iconic Alma de Cuba restaurant and bar in Liverpool, Sean is well placed to introduce some fresh ideas to the hospitality scene in his home town.

It’s an objective that should be made easier by plans for a thorough modernisation at the Bush Bar. Plans are already well advanced for the refurbishment, which will include a new 60-seater restaurant, new cocktail stations in the bar and a brand new cocktail menu.

“To be honest, demand for things like cocktails is still a little low here, you’ll sell some strawberry daiquiris and that’s about it, but I do think that we are slowly seeing that change,” Sean told LCN this month. “We’ve already begun introducing new drinks and new ideas for our own customers and I think it’s all about catching up now with what’s popular further north and across the water.”

Although Sean has worked in the trade in a number of venues here and abroad, his first job was at the Bush Bar, where he began waiting tables at the age of just 13.

“It was part-time at the weekends and it was just for a bit of pocket money but I enjoyed it,” he says.

The bar is owned by Sean’s cousin, Nicky Cassidy, whose portfolio of venues includes The Crowe’s Nest bar and restaurant and the Westville Hotel, in Enniskillen.

By the time Sean was 15, he was working part-time behind the bar at the Bush and when he was 19, Nicky asked him to transfer to The Westville as full-time bar manager. At the same time, he embarked on a foundation course in hospitality and tourism. 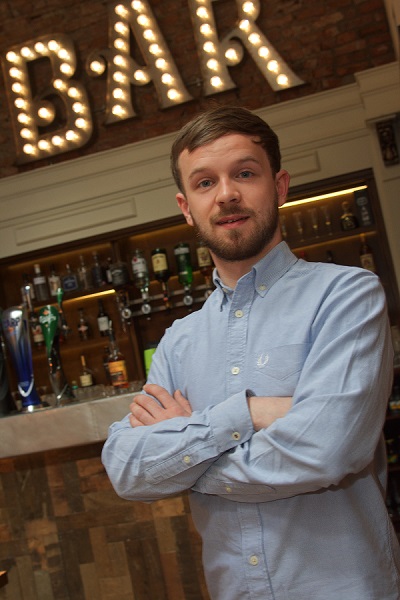 After a year at The Westville, Sean had the opportunity to go and work at a bar in Tenerife as part of his studies:

“Everyone else was doing their work experience at places in Belfast, but the chance came up for someone to go somewhere different and I said I would go for it,” says Sean. “I stayed there for three months, working in a tourist hotel …It was a great learning experience for me, I saw how different drinks were served and I learned about the different coffees and liqueurs that are specific to the Canary Islands.”

On his return, Sean worked for another two years at The Westville before leaving for Liverpool with his girlfriend, Jenna, who was attending university there. Initially, he was just lifting glasses:

“It did feel like a bit of a step down and it was hard but you couldn’t get behind the bar there until you had learned every one of their cocktails,” he recalls.

Sean managed to do this within three months and then went behind the bar. After a year, he was made bar manager and he stayed at the venue for another two years.

“Things were done properly there, you had to attend cocktail masterclasses and you learned about spirits and liqueurs through proper staff training. For me, that was invaluable,” he says.

Then, 10 months ago, Sean got a call from Nicky Cassidy who asked him to come back to NI and take over as general manager at the Bush Bar.

“It felt kind of like coming full circle,” he says. “It’s back to what I know and am good at and it’s nice to see all the old clientele again…I’m very excited about everything that’s going on here at the minute. There are exciting times ahead for us and I am really hoping that we’ll be able to bring something new to Enniskillen in terms of food and drink.”

Like many of his colleagues, Sean would eventually like to open the doors on his own place:

“That would allow me to bring in flavours from across the water, something that’s not been seen in the town before. It’s not just vodka and white lemonade or a pint of Carlsberg. I want to give people the change to open their minds to something new.”

Mix all the ingredients into a Boston shaker and shake with cubed ice then double strain into a chilled coupette. Garnish with a mint sprig. Enjoy! 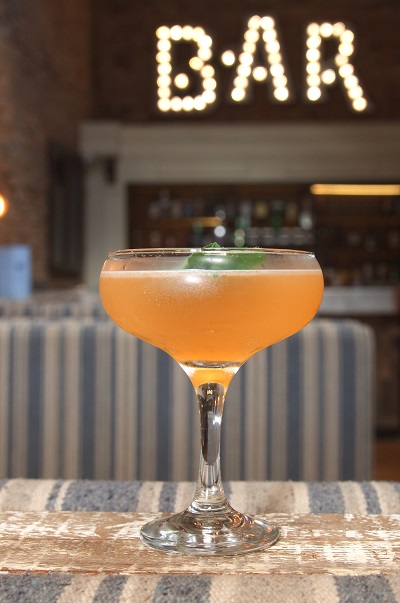 Going with the flow

Boost for Ballymena as hotels expand

Boost for Ballymena as hotels expand