Taking a shine to the trade

Local bartender, Dominic Armstrong (34), admits that during the earlier years of his hospitality career, he was torn between continuing to work behind the bar and pursuing his original plans to establish himself as a personal training instructor.

In the end, his passion for the trade won out and Dominic put his plans for self-employment on hold in order to dedicate himself full-time to his burgeoning career behind the bar.

These days, he takes charge at Peter Ringland’s newish bar and café complex – Town Square – at Botanic in Belfast, but it’s been a long road for the Belfast man.

His earliest experience of bar work was at the Grand Opera House in Belfast during his student days and he admits that, even then, he was enjoying the hospitality trade so much that he considered abandoning his studies for a full-time post.

After a period spent in England, Dominic returned to Northern Ireland in 2014 with the intention of establishing himself as a personal trainer. In order to keep himself busy and boost his income while he formulated his business plan, Dominic returned to his first love, the hospitality trade, and began working part-time at Love and Death and the former Aether and Echo.

“That was my first introduction to the world of cocktails,” he recalls. “I did the odd shift in the cocktail bar helping the guys out and then I was going in on my days off to add to my cocktail knowledge…I became fascinated by the whole depth and breadth of the industry, I really took a shine to it.”

After consulting a friend who was already working as a personal trainer, Dominic eventually decided that he preferred the prospect of a salaried job in a sector that he’d grown to love:

“I realised that this was something I really enjoyed while personal training was an unknown quantity to me,” he says. This was fun, I liked where it could take me and I was already in the industry, so I decided to put all my energies into this.”

A job as senior bartender with the Fitzwilliam Hotel in Belfast followed:

After about a year at the Fitzwilliam he went to Dublin to broaden his experience and then returned when he was offered a job at Alibi in Belfast.

“They were looking to relaunch their cocktail bar and give it a new identity that was separate from the nightclub, so I moved back up and took the job,” says Dominic.

About a year later, during the visit to Town Square Café, he heard someone mention that the venue was looking for a bar manager:

“My role at Alibi was moving into nightclub work mostly, which I didn’t much like and I was looking for a good place with more of a focus on high-end cocktails,” he recalls.

He took the post at Town Square eight months ago and is really enjoying the challenge:

“It was a big change, coming in and taking on a bar that was used to selling pints above all else,” he says. “We now have between 60 and 70 different gins, a hand-drawn gin menu with 25 or so cocktails on it and 10 bespoke gin serves.”

Bespoke serves have also been created for many other spirits in the bar, it now offers a boilermaker menu as well and a very successful monthly gin class event is shortly to be supplemented by further classes built around other spirits.”

“The immediate future is definitely with this company, but like many bar managers, I’d have an ambition to have my own place, that’s always in the back of my mind,” says Dominic, who cites the iconic Los Angeles Athletic Club as the perfect example of the sort of approach he’d like to take.

“This is a fantastic industry once you develop your skills and once you have the experience,” says Dominic. “It’s transferable to any country where you speak the language. That’s one of its greatest strengths.”

Stir down in a mixing glass then serve in a chilled Nick & Nora Coupe with a lemon twist. 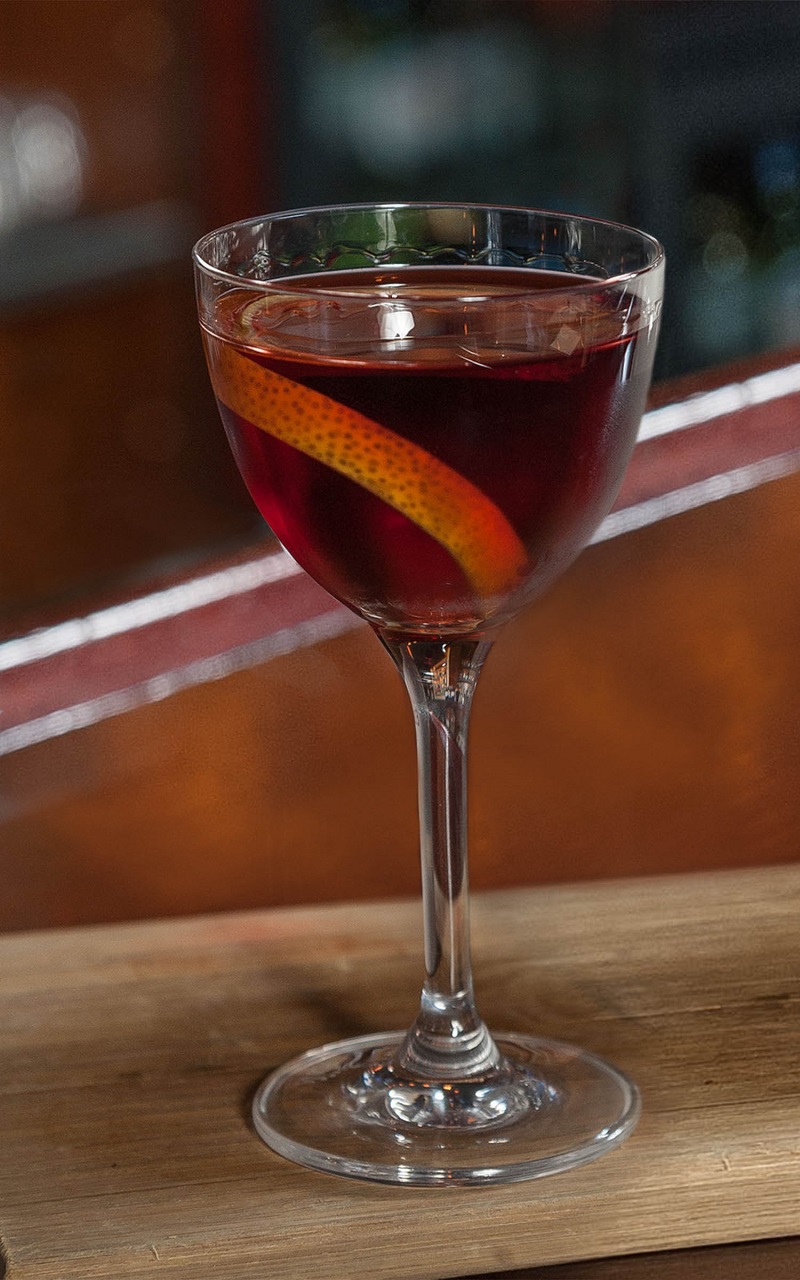