A joiner by trade, Shane Baker (48), has been involved in the bar trade here since his mid-teens when he was ‘thrown in at the deep end’ at the Ravensdale House near Newry.

Back then, it was weekend work and it allowed Shane to earn some extra cash as he learned the ropes in the joinery trade. After he had qualified, he went on to work successfully in the construction industry for many years, climbing to the rank of foreman.

Things changed, however, around 2008 when the emerging economic downturn began to take its toll on business here, and particularly, the building trade. To make ends meet, Shane decided to go back into the pub trade full-time, working as a bartender at the Whistledown hotel in Warrenpoint.

‘It was something that I was actually pretty happy to do at that stage,’ recalls Shane. ‘To be honest, the joinery trade was hard work and I’d just had enough of it by then.’

Shane settled into the job at the Whistledown and remained there until around 2015 when its owner, who knew about his background in the building trade, asked him if he’d be willing to help out with refurbishment work at another of his venues, The Bridge Bar in Newry.

Shane was happy to help and once the revamp was complete, he was offered the job of managing the bar, which he accepted.

‘In those days, it was the best bar in Newry and it still is today,’ he tells LCN. ‘We have lots of regular customers who come in to us every week and we always try to offer them something a bit different. We do a lot of cocktails, we have live music, whiskey nights and a very big range of craft beers.’

The Bridge Bar, which employs 12 staff, also boasts a beer garden with room for 150 people and a popular gin menu that changes regularly.

‘Newry is a very up-and-coming town, there have been a couple of new bar openings here just recently and the place is doing really well. Our age range here at the Bridge 21 right up to maybe 70 and we get lots of custom right across that,’ says Shane.

In terms of priorities, Shane says that there will be a continued focus on standards at The Bridge Bar and an insistence on its over-21s rule:

‘Also, in the near future, we hope to be able to redevelop our beer garden, that’s coming down the line,’ he adds. ‘You really have to keep up with your competition, with the cocktails and the live entertainment, all of which is massive for us. There aren’t that many pubs here that do live music and our open mic night on a Thursday is always very popular. We recently had a camera crew in here to film auditions for The Voice.’

Over the longer term, Shane says that it’s about ‘keeping up with the Jonese’, maintaining and enhancing the bar itself and making sure that it’s always an appealing prospect for customers.

‘I worked my way up through the system and I suppose the ultimate ambition would be to own my own place at the end of all that,’ he adds. ‘That would be good, to have something for myself.

Add the gin and pomegranate seeds to the shaker with ice, shake it well and strain over crushed ice into a fish bowl glass. Garnish with wedge of pink grapefruit. Enjoy! 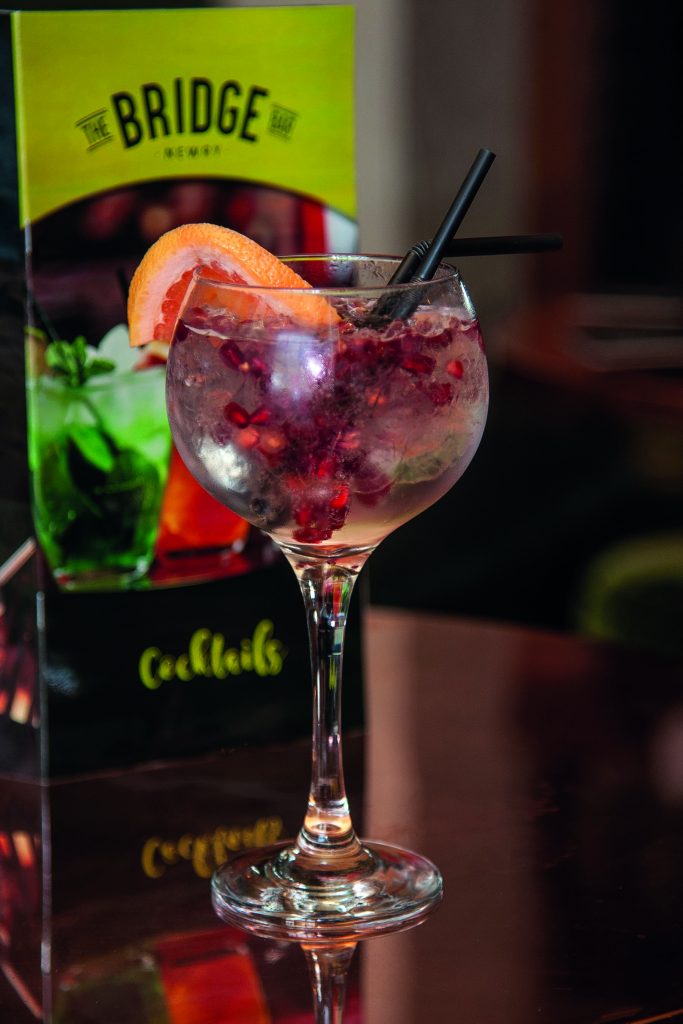