David Glass took some time to decide on a career behind the bar, but now he believes he’s truly found his niche…

Throughout his late teens and into his twenties, David Glass was never really sure what he wanted to do with his life. He spent time working front of house and in the kitchens before deciding that bar work and mixology was where his talent really lay.

And it’s proven to be a shrewd choice. David (24), who currently works at Bert’s Jazz Bar in Belfast, has just been named as one of six talented local mixologists to make it through the in-bar judging stage of Diageo’s flagship mixing contest, World Class 2016. So he’s still in with the chance of a place in the finals, which would see him compete this September in front of a global audience in Miami.

Originally from Banbridge, David’s first taste of the trade came while he was still at school. He worked as a waiter at The Parson’s Nose in Annahilt but by his own admission, he was “pretty terrible” in the role.

Nonetheless, he became enamoured with the idea of working in the hospitality sector and signed up as a chef at Shu restaurant in Belfast. He was there for almost four years and during that time, he completed a fast-track course in professional catering at the Belfast Metropolitan College.

“By the time I was 21, I was at a crossroads,” says David. “I left Shu, but I wasn’t too sure what I wanted to do. I saw a part-time bar job advertised in The Morning Star. That kind of work seemed to come naturally to me, I enjoyed talking to people and always felt like I was in my comfort zone.”

David ended up spending a couple of years at the Star before moving on full-time work in the piano lounge at The Europa Hotel.

“That was where I really started to figure out where I wanted to go,” he recalls. “It was also where I got my first real taste of cocktails. It was a pressurised environment and it’s different doing cocktails to ordinary drinks, it takes a lot longer and you have to step the customer service up a gear.”

He enjoyed his time at the Europa and eventually applied for a position at The Merchant Hotel, which he didn’t get. However, he was offered another position at Bert’s about 10 months ago ad he’s been there ever since.

Mixing cocktails is a big part of his current role and he says that the more he learns about it, the easier it becomes to spot emerging trends:

“Everything seems to be going back to the golden age that cocktails actually came from,” he says. “In the last 50 years, people have forgotten a lot of these drinks but they’re all starting to come back again and you’ll often see them popping up on the menu in the bars you go into – and when you find a good bartender who knows how to mix them right, then that’s even better.”

David says that it’s still hard to predict what will happen next on the cocktail scene because people’s taste are constantly changing. However, modern drinkers are much more willing to experiment, he says, they really enjoy sampling the drinks that mixologists are producing for them and he thinks this is a trend that will continue well into the future.

Hi own favourite tipple is a classic Sazerac:

“It’s probably one of the first cocktails I fell in love with,” says David. “It’s absolutely gorgeous, a great drink from start to finish and one of the best cocktails, it never gets old for me.”

David says that for him, it’s important that the job continues to be fun:

“”It’s easy to lose sight of that when things are mad and have 50 dockets lined up in front of you, you can lose the head,” he says. “Make sure that doesn’t happen and just put a bit of passion into it, everything else will fall into place.”

As is the case with almost everyone who features on this page, David is keen on the idea of owning his own place, although he acknowledges that there will be “a lot of milestones along the way before that”. 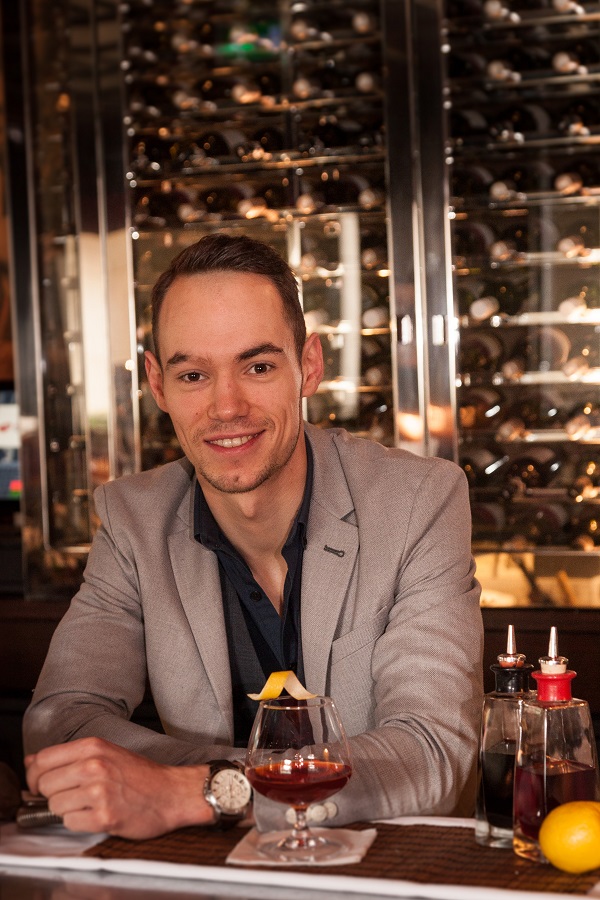 25mls Sazerac rye whiskey
25mls Hennessy VS cognac
2 dashes Angostura bitters
2 dashes Peychaud bitters
5mls cane syrup
Method:
Add all the ingredients toa  mixing glass and stir for 10 to 15 seconds. Rinse a small whiskey tumbler with La Fee Absinthe and discard the excess. Strain the drink neat into your glass and add a zest of lemon over the top. Serve. 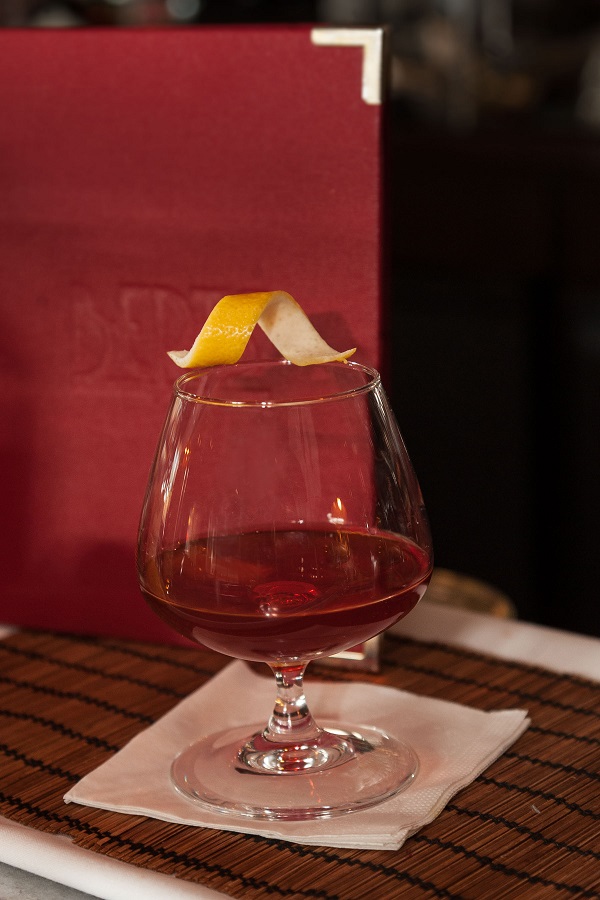 An eye for the seasons

An eye for the seasons