JD Wetherspoon has opened its €33million Keavan’s Port pub and hotel complex on Dublin’s Camden Street Upper and Lower.
Having purchased eight adjoining Georgian properties for €6m, which until the 1940s, had been the convent of the Little Sisters of the Assumption, the pub giant set about redeveloping them – spending serious money along the way.
The pub itself offers 9,000 square feet of customer space over two floors plus a 3,800 square foot garden across two enclosed courtyards and  an adjoining 89-bedroom hotel.

The hotel and bar, which will employ 200 full- and part-time staff , takes its name from the history of the local area, with Camden Street Upper and Camden Street Lower previously known as Keavan’s Port as long ago as 1673 . The €33m spend represents Wetherspoon’s single largest investment in its 41-year history, and the chain has plenty more on the way when it comes its business in the Republic.

Further openings are planned, this year, in Galway, Limerick, and Waterford, with €50m invested in new sites in Dublin city centre alone – including Keavan’s Port and a  €9m purchase of a building on Dublin’s Aston Quay which the group plans to develop into a a multi-storey pub complex. 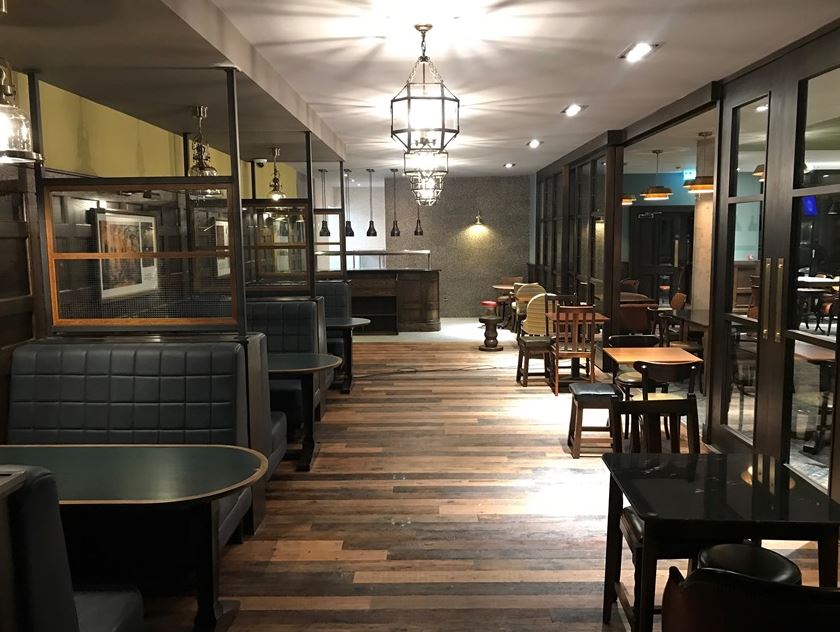 Wetherspoon founder and chairman Tim Martin recently told LCN he was on the lookout for  new venues on both sides of the border, with plans to have at least 30 pubs throughout Ireland in the coming years.

Asked if the reform of Northern Ireland’s liquor laws  could influence his decision making, he said: “Would we open some more premises? Probably. And others probably will too. There’s definitely the potential – certainly in Belfast and probably other places as well.”

Introductory costs of a room at the Keavan’s Port hotel will be €85 from Sunday to Wednesday and €125 from Thursday and Saturday, with that offer staying in place until September 26.