LCN Award winners have spoken out about their excitement ahead of the event returning following a Covid-enforced hiatus.

Now in their 14th year, the Awards will be back at Belfast’s Europa Hotel on Friday, September 30.

Stuart Frew, top left, who picked up the gong for Fish and Chip Shop of the Year in 2019, said the team at his shop in Ahoghill were thrilled to win after making the shortlist on several occasions and that the LCN Award had given them real credibility.

He told LCN: “We were joking just the other day about the fact that we’ve held this award for three years now so it’s great that the awards night is back after everything we’ve all gone through in the past couple of years.

“We were in the top five for five before we got it and it was a real honour to finally come out top.

“I would recommend any chip shop to get involved as it not only helps get your name out there but is also great for staff morale and in terms of the recognition. It has been really good for us.

“We’ve been Involved in with the awards for years and even being a participant is great. We are excited for the days ahead and certainly looking forward to keeping up the excellent standards which landed us the LCN Award last time out.” 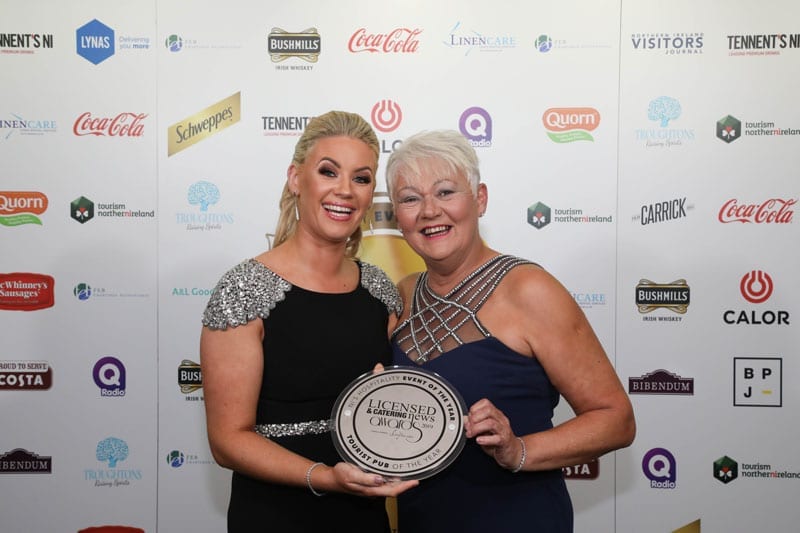 “Winning the award was great and the thing that pleased us most was the lift it gave the staff and the fact that it was a recognition of all the hard work that they had done to make the business a success,” he said.” They are the ones that put our product out there at the end of the day and the people that we rely on to deliver.

“It was great for the bar and a real boost in terms of again showcasing just how much Mid-Ulster has to offer from a tourism perspective. Being recognised by an industry leader like LCN gave us a real opportunity to grow and we hope to keep doing so moving forward.

“It’s good to see the LCN Awards back after Covid and I’m sure they’ll give everyone a much-needed lift.”

Niall McKenna, below, the culinary genius behind James St and Waterman House, knows well what it is to win an LCN Award having previously been named restaurateur of the year. 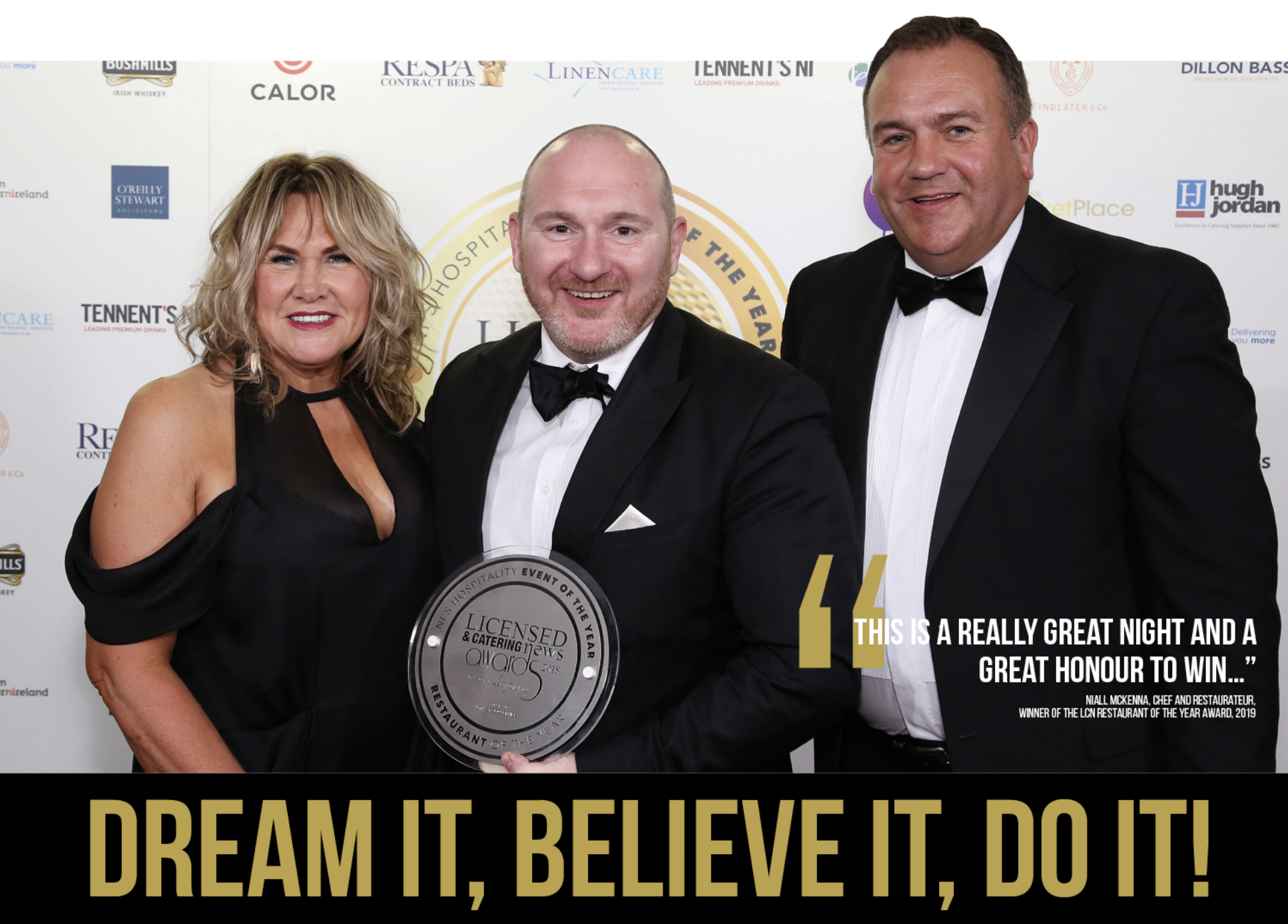 He told LCN: “A lot of different people do awards, but the LCN ones have been around a long time, and they are the voice of the industry, so they are really credible.

“It’s great to have them back at the Europa and for friends and colleagues in the industry to be able to meet again, catch up and have what will undoubtedly be a great night.”

You can enter the awards online HERE

Remember too, that all finalists will have a complimentary VIP ticket for the big gala evening in Belfast next year.

So don’t delay, be among the first to enter the Licensed & Catering News Awards 2022 and be part of the biggest event in the local industry’s calendar.

For further information or to book your table, call Jordan Murray on: 028 9045 7457 or email Jordan.murray@pentonpublications.co.uk