The long-established restaurant at Galgorm Castle Golf Club near Ballymena was recently acquired by Nicky and Paul Hill, owners of the exclusive Galgorm Resort & Spa nearby. And visitors returning to the revamped venue for the first time since will notice much more than just a change of name…

An investment of more than £700,000 by owners, Tullymore House Ltd., has seen the former Pavilion restaurant at the golf club transformed into a plush new 150-seater BBQ smokehouse and bistro that is unrecognisable from its previous incarnation.

Castle Kitchen & Bar is the latest addition to the group’s burgeoning portfolio of venues and a valuable addition to available dining options for guests at Galgorm Resort & Spa just a couple of miles away.

Thoroughly revamped décor and some significant structural changes at the restaurant have transformed the interior. And outside, a re-developed, shaded terrace offers an additional 60 covers with stunning views across the Castle grounds and the surrounding golf course.

Inside, the new restaurant bears little resemblance to its predecessor. The Pavilion’s slightly dated visuals have been swept away to create a new, contemporary space that’s entirely in keeping with the luxury feel of the resort & spa nearby.

A wrap-around horseshoe bar now sits at the centre of a new, more open interior. Walls have been removed and the old kitchens and toilets relocated to provide an airy, informal space centred on comfortable leather sofas, a feature wood-burning stove and a line of eye-catching artificial trees which run down the centre of the room.

Colin Johnston, Galgorm’s general manager told LCN that he was delighted to be able to open the doors on “an exciting new dimension” in the brand’s food and beverage offering:

“The Castle Kitchen & Bar is another step in our strategy to deliver market-leading hospitality in Northern Ireland,” he added. “This is a space for all occasions and tastes and our guests will feel that this is a relaxed, home-from-home culinary experience.”

Although the venue is open for food and drink to non-residents of Galgorm Resort & Spa, it also shares a symbiotic relationship with its sister venue at Cullybackey less than three miles away. A new deal with local BMW dealership, the County Garage, means that luxury transport is available for guests who want to travel from the hotel to sample the food and ambience at the Castle Kitchen & Bar.

Galgorm’s food and beverage manager, Aaron Logan, says that the new eatery has “gone down really well” with customers since it opened at the start of August. “People really love the wow factor and these days, they want to have an experience, that’s something we are finding across all our venues. It’s all about making things memorable for people.”

There’s an earthy cookhouse feel to proceedings at the Castle Kitchen, dominated by an open plan cooking area at the rear of the restaurant that’s complete with a lump-wood fire pit in which the steak you choose yourself is cooked before your eyes – possibly the only place that this is done in NI.

Under the watchful eye of the signature bull motif that adorns the tiles – hand-painted by Ballymena artist, Paul Bell – the kitchen serves up a menu of spicy street food minis, salt-aged steaks and dry-rubbed beef. 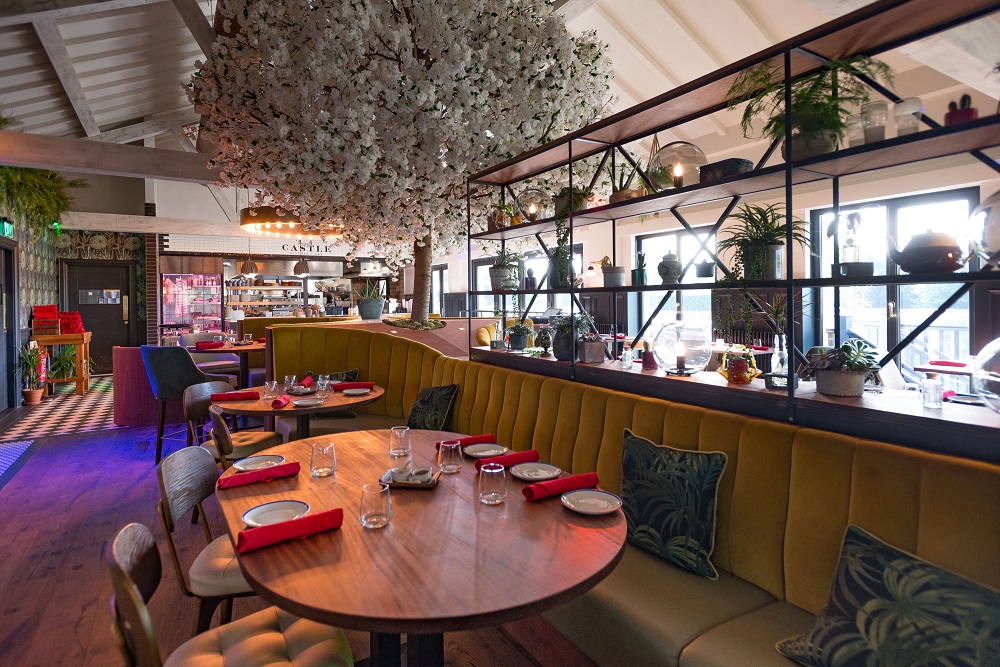 “I think that we really wanted to cater for a new market with this venue,” added Aaron. “We were looking for a really cool, funky vibe, that’s what we were aiming to create, but in that, we also needed to be conscious of the needs of the golf club members too. This is essentially their clubhouse and while we have that cool vibe with the trees and the music and so on, a lot of our market is still drawn from among the golfers and their families, they’ve been coming here for a long time.”

Aaron conceded that developers had been challenged a little in the early stages to ensure that the club’s golfing membership were kept on-board, particularly in relation to changes in the layout of the venue. As things progressed, however, they “warmed” to the new look, added Aaron:

“I think that they appreciate that someone has come into this venue and been willing to invest a lot of money to do it up and they’re very happy with that, it’s working for them,” he continued. “We were very clear that we needed to take their views on board in all this, we realise how important they are and we have worked hard to bring them with us on this.”

The cost of redeveloping this venue – which has been a hospitality staple in the Ballymena area for many years – ran over the £600,000 budget by more than £100,000 but Aaron Logan said that the added expenditure had been necessary to guarantee the level of fit-out that the group is now known for:

“There’s been a great sense of anticipation around what we’re doing here, so many locals are familiar with what was here before,” he added. “But feedback so far has been very positive. Some people don’t know what to make of our trees, but the menu variety is going down very well and we’re open just for drinks too, of course, you don’t have to come in for food.”

Around 70 per cent of the Castle Kitchen’s trade originates from local residents and much of it is repeat business, so Aaron is confident that many customers who have already eaten at one of Galgorm resort’s three existing restaurants will be keen to sample what’s on offer at the new venue.

The timing of the re-vamped restaurant opening was ideal, falling just before the NI Open golf tournament, which took place at the Galgorm course in early August. Castle Kitchen took full advantage of the additional footfall at the site by organising extra attractions including a beer tent, and Aaron Logan reported that in terms of an early boost to the restaurant’s reputation, their efforts “definitely paid off”.

“Going forward, I think that once things settle down, we will do a few more tweaks,” he told LCN. “We have had feedback on different aspects of the venue and we can change those things if we want to. Then we want to roll this out fully at the hotel, get our team totally on board, get the shuttle service up and running and get all our packages in place.

“We have got off to a really good start here and we’re confident that it will continue to grow…I think Ballymena could do with more of this type of contemporary venue, but key to that is investment. This is a great site, but what it struggled with was finding someone to invest in its future. Thankfully, we were in the lucky position where we were able to do that.” 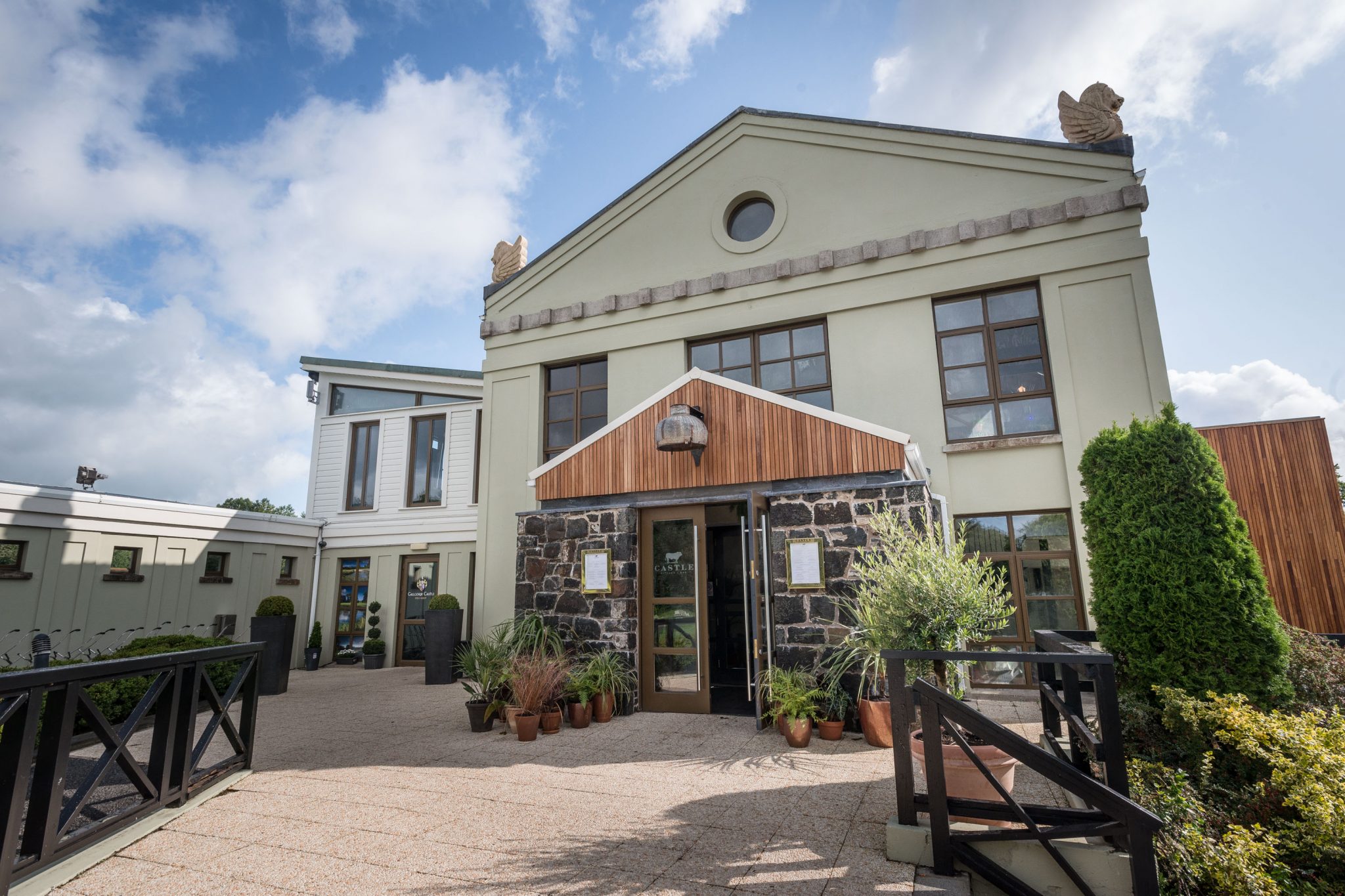 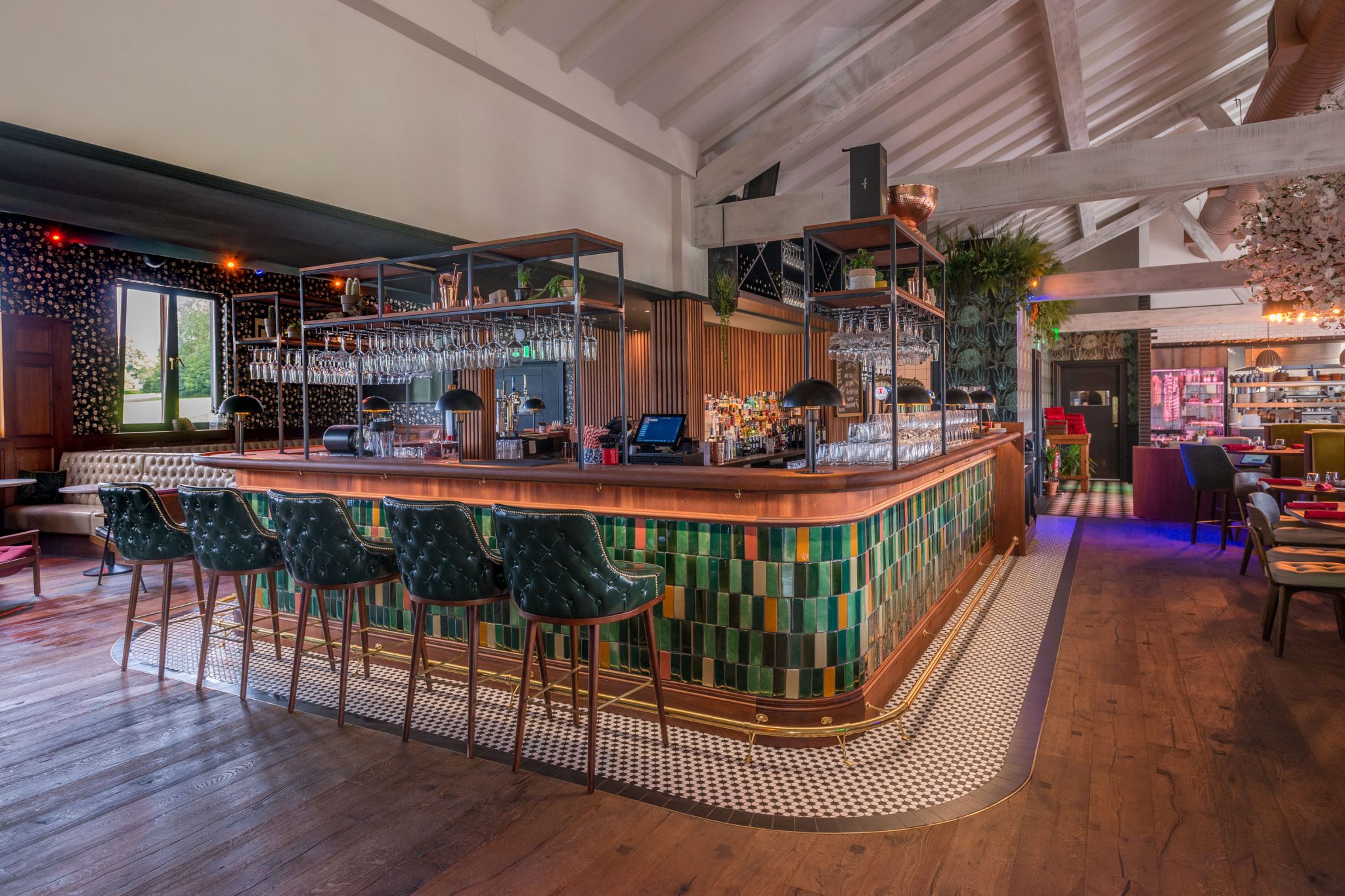 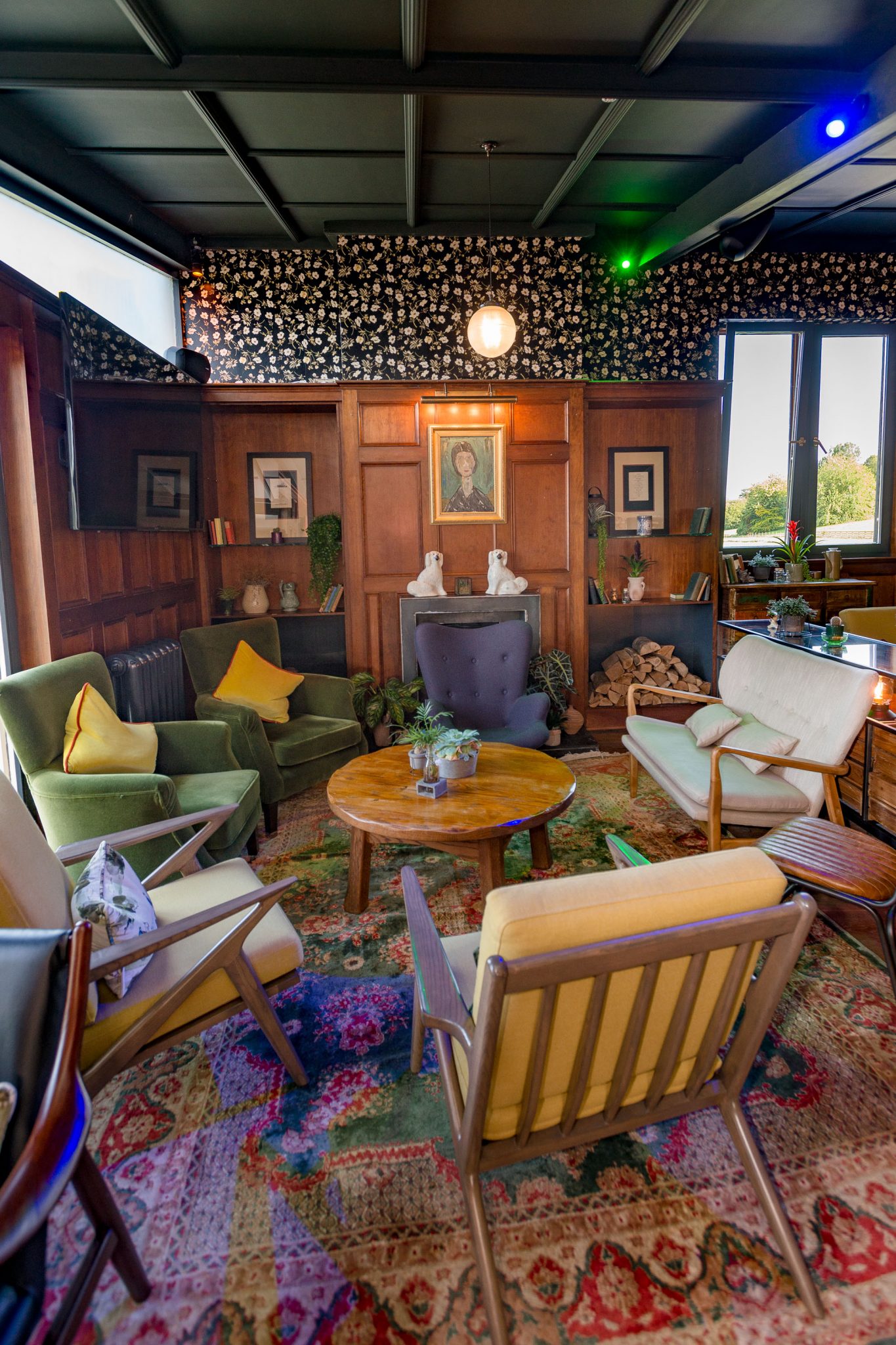 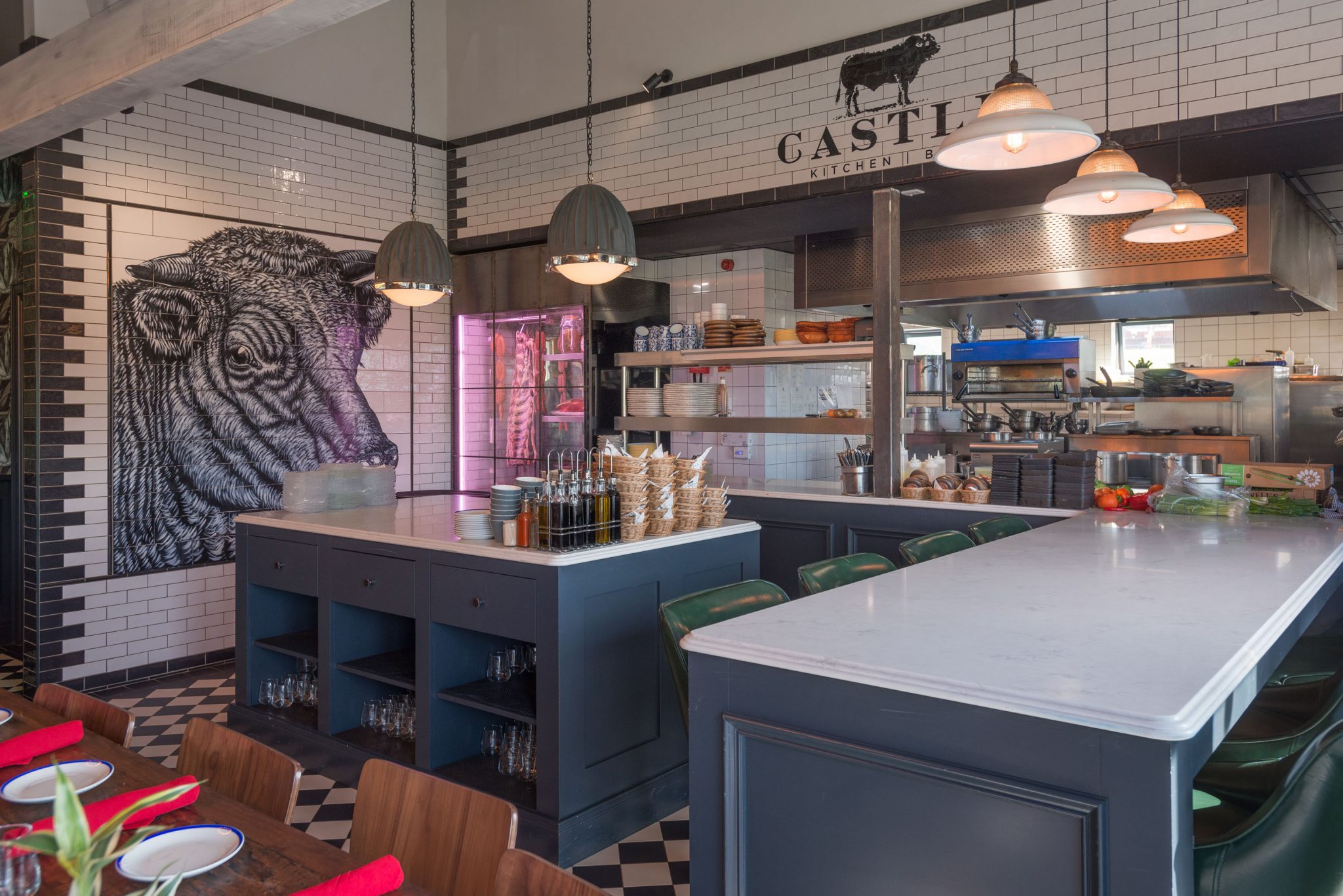