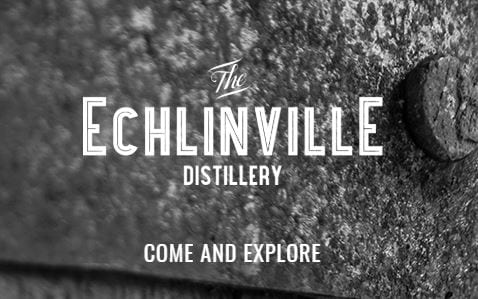 The Echlinville Distillery became the first new distillery in Northern Ireland for more than 125 years when it began production in 2013. It has since established itself at the forefront of Ireland’s spirits renaissance and is home to some of the north’s best-known spirits including the iconic Dunville’s Irish Whiskey, Echlinville Gin, Jawbox Gin and Bán Poitín. 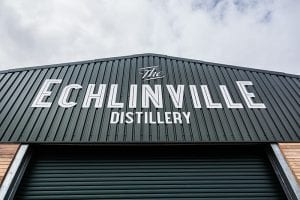 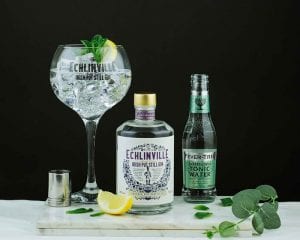 Echlinville Whiskey
As yet unreleased, Echlinville Single Malt and Pot Still Whiskeys are distilled from barley grown and harvested from their own fields and floor malted on their distillery farm near the shores of Strangford Lough. Every drop has been ‘trickle pot distilled’ to maximise copper contact before ageing and maturing in speciality casks in Echlinville’s maturation warehouse.

Dunville’s Irish Whiskey
Echlinville is the proud custodian of the iconic Dunville’s Irish Whiskey. Originally produced at the Royal Irish Distilleries in Belfast until its tragic and untimely demise in the 1930s, Dunville’s was once one of the world’s best known whiskeys. It was Echlinville’s founding goal to bring revive this iconic Belfast brand and restore it to its rightful place among the premier whiskeys of the world. Since their revival in 2012, Dunville’s VR single malt and Three Crowns blended whiskeys have won 16 major international awards, including 10 World Whiskies Awards.

Award Winning Gins
Echlinville’s passion for creating the perfect spirit doesn’t stop at whiskey. The distillery is home to some of Ireland’s best known gins.
Echlinville Single Estate Irish Pot Still Gin is Ireland’s only super-premium single estate gin. Winner of the coveted top Three Star rating at the 2017 Great Taste Awards, the judges described Echlinville Gin as ‘exceptional’, ‘quite stunning’ and ‘truly outstanding’, concluding: “In a world filling with gins, this one stands out.”

Echlinville Gin was also been named Best Irish Contemporary Style Gin at the World Gin Awards (2019).
Echlinville is among a rare breed of field-to-glass distilleries and distil its own neutral base spirit. Echlinville Gin is crafted only from barley grown, harvested and floor malted on the distillery farm. Its unique base spirit is infused with carefully selected botanicals including local gorse flower petals and seaweed from Strangford Lough.

Echlinville Gin is complex and perfectly balanced, boasting fresh floral and zesty citrus notes. Sweet and smooth, with a malt character and rich creamy mouthfeel, it is as comfortable sipped neat as it is in the company of elderflower tonic, lemon and mint, its recommended serve.
Echlinville offers a range of visitor experiences including distillery tours and tastings, afternoon teas and private group tours. 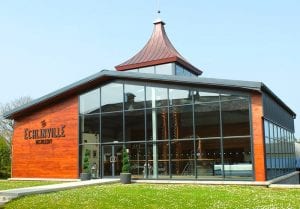