Hop House 13 has been axed from Diageo’s GB range of beers, but it will still be sold in Northern Ireland and the Republic.

The product, launched in 2015,  was developed as part of a bid to cash in on the growing demand for craft beer and soon became one of the top-selling beer brands in the UK and Ireland.

However, it  has now been discontinued in GB after sales nosedived during the coronavirus pandemic, declining 8.7% in the year to the end of September last to £26.7 million.

A Diageo spokesperson said: “We have recently undertaken a review of our beer range and have taken the strategic decision to prioritise the main Guinness trademark in Great Britain and delist Hop House 13 lager. 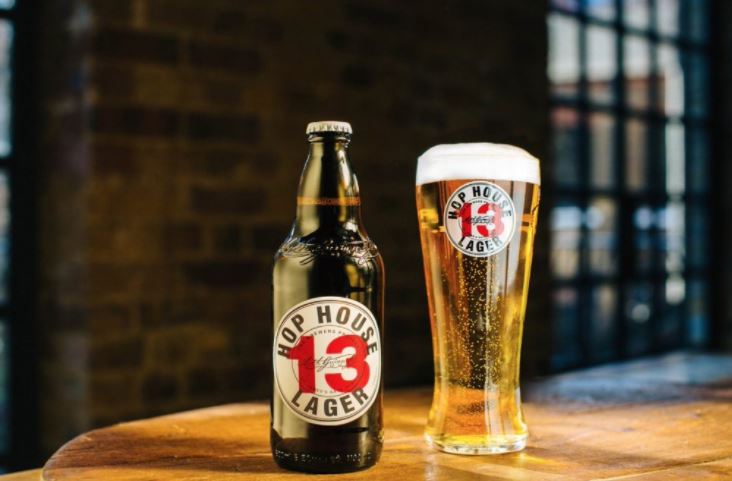 “It has been a difficult decision to make, but one that we believe is right for Guinness in the long-term. We have exciting plans on Guinness over the next 12 months, including a brand-new campaign as we welcome consumers back to the pub and our continued sponsorship of the Six Nations Rugby Championship.

The brand will now disappear from GB pubs, supermarkets and off-licences in the coming weeks. But a spokesman said there were no plans to discontinue it in NI or the Republic.

They added: “Hop House 13 is a much loved beer and one of the most successful beer innovations in Ireland of the past six years from the brewers of Guinness. Customers can be reassured that this crisp and full flavoured lager will continue to be available across on trade and take home trade outlets in both Northern Ireland and the Republic of Ireland.”