The collaboration will see Éamonn join Bushmills to host a series of hands-on whiskey and woodcarving workshops in Belfast and Dublin this summer.

Since establishing his company, Hewn in 2014, Éamonn has been on a journey of exploration, creating wooden homeware from fallen Irish trees using self-taught traditional woodcarving techniques. 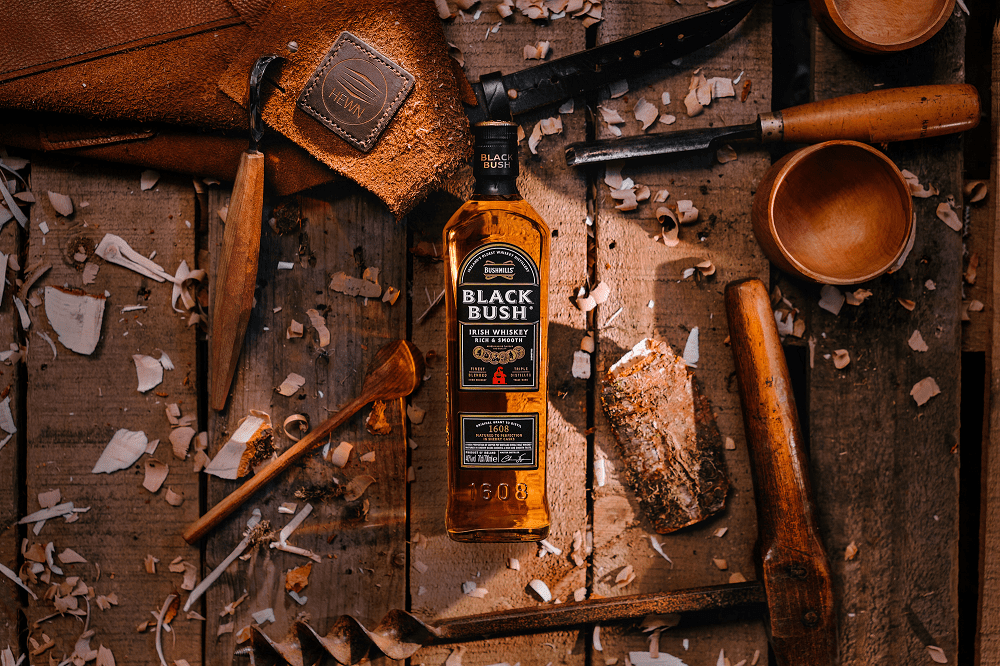 ‘Black Bush Carved’ will bring together the worlds of Irish whiskey and creative woodworking, taking place in Belfast on 30th and 31st July at The Cow Bay. Guests will experience a whiskey tasting led by the Bushmills Brand Ambassador, before hearing Éamonn’s story on how he honed his passion and craft to build a career in woodwork. Attendees will then have the chance to try their hand at woodcarving their own whiskey accessory to take home. Specially created Black Bush drinks will also be served throughout the event.

As part of the collaboration, Éamonn has created a limited edition wooden whiskey tumbler, made with many of the same tools used by the Distillery’s coopers to craft the casks that give the whiskey its distinct flavour. Perfectly accompanied by a bottle of Black Bush, six limited edition tumblers are available to win at blackbushstories.com. 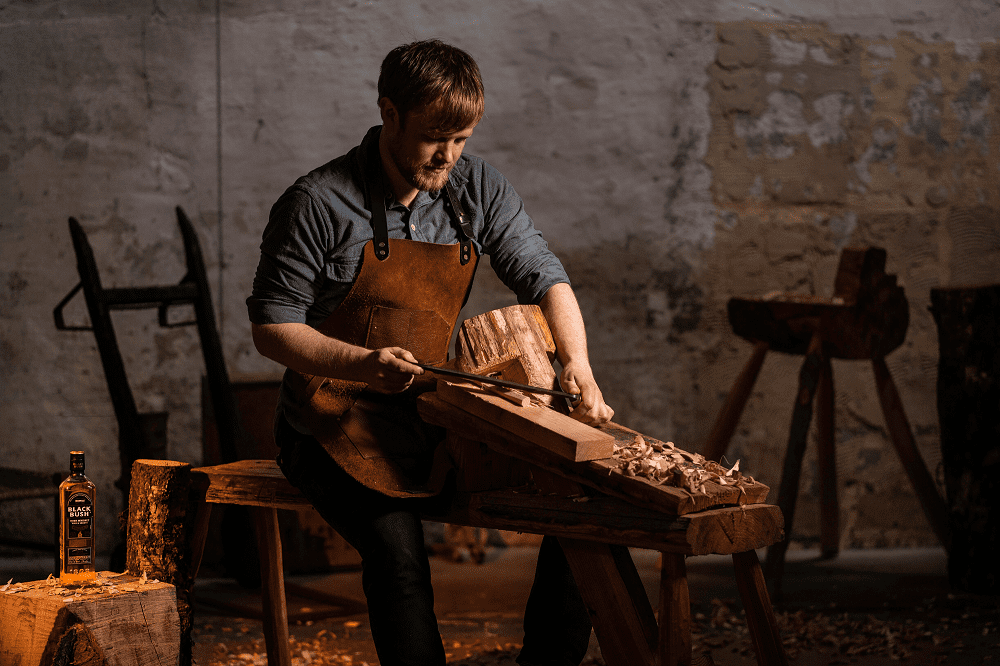 Inspired by the supreme craftsmanship, passion and care that goes into creating Bushmills Irish Whiskey, #BlackBushStories celebrates those who challenge traditional thinking in their fields and live outside the box. A passion for his craft and a fascination with creation has led Éamonn to carve out his own legacy, fronting a creative revolution in woodcarving.

The collaboration forms part of the immersive event series which tells the stories of independent, spirited and extraordinary talent across Ireland and aims to inspire others to follow their own passions, whatever they may be.

To register for ‘Black Bush Carved’ and to hear more about Éamonn’s story, visit blackbushstories.com. To join in the conversation and keep up to date with the #BlackBushStories series, follow Bushmills Irish Whiskey on social media @BushmillsIRL.