One of the best-know bars in South Belfast is set to be taken over by pub chain giant JD Wetherspoon.

A deal to purchase The Eglantine Inn, a popular student bar on the Malone Road, is set to be finalised this week, the Irish News reported.

The venue was put on the market by Wine Inns Limited two years ago and is currently listed at £1.4m.

Wetherspoon’s already owns the Central Bar in Carrickfergus, the Bridge House in Belfast and the Spirit Merchant in Newtownards.

Speaking to LCN in June, Wetherspoon’s founder Tim Martin, below, who attended Campbell College in Belfast, said he was open to idea of acquiring more venues in Northern Ireland. 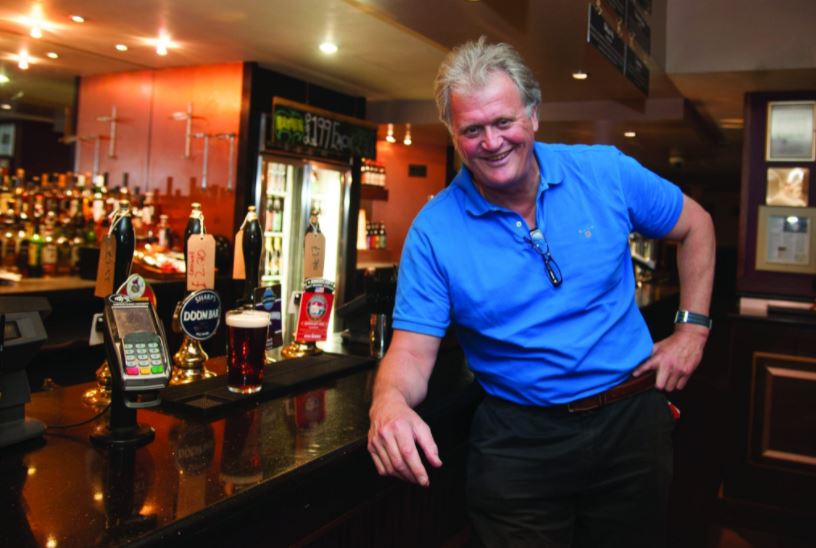 “There’s definitely the potential – certainly in Belfast and probably other places as well,” he said.

“We tried to open a pub in the old church on Belfast’s University Street and also one on Royal Avenue and it’s a quagmire really.

“It’s quicker and cheaper to get a pub licence in London, Dublin or Edinburgh – which is not good for Belfast and investment.

“I think it’s a bit old fashioned to try and protect existing interests to the extent that happens so I think there will be more investments in the licensed trade overall if an easier planning and licensing regime is instigated.

“If there are too many impediments to investment it puts people off. It will be good for Northern Ireland if those are reduced.

“It’s time for change and there will be some pent-up investments if licensing regulations change. That’s been true in Dublin in London and elsewhere and it will be true in Belfast.”