Husband-and-wife team, Jonny and Christina Taylor, took their first steps into business for themselves in November when they opened the doors at the revamped Shed Bistro on the Ormeau Road in Belfast.

Chef, Jonny Taylor (36), who comes originally from Antrim, had been head chef at Shed Bistro on the Ormeau Road in Belfast for a period before he and his wife, Christina bought the 50-seater venture from its previous owner at the end of last year.

A small initial refurb followed before the bistro was closed for a nine-day stretch in July to allow for a more detailed facelift, including the installation of a bar. Since then, the couple say that business has risen by as much as 15 per cent.

The Belfast project is the next logical step in a career that’s seen Jonny don his whites in an array of venues around the UK. He began his kitchen career at the age of 15 in The Stables, Antrim, but he’d been used to cooking from a very young age. His mum worked away a lot, he says, and it was his job to make sure that the rest of the family were fed.

Jonny continued to work part-time at The Stables during his latter years in high school, and when a careers advisor told him to broaden the scope of his experience, he secured a position at the nearby Dunadry hotel, eventually moving on to a succession of other venues.

He took on an NVQ at the Northern Regional College in Ballymena and by the age of 21, he found himself back at The Dunadry, where head chef, Clifford Caskey, took him under his wing:

‘He was very passionate and patient and he taught me a lot,’ recalls Jonny. ‘I was a junior sous chef and I worked in the bistro, but I had Clifford tortured to let me work in the restaurant and to show me new things….Clifford was very good and he drove my passion and curiosity, showing me new flavour combinations that I had never thought of before. His knowledge of food was incredible.’

Jonny remained at The Dunadry for about two years then, while on holiday with a friend, he met a girl from Glasgow and eventually moved to the city, where he worked in a succession of jobs. He ended up in Grill on the Corner as a sous chef, then, the company offered him a post at the Grill in the Alley in Manchester, at that time, the biggest steakhouse in the city. Jonny was 26 at that stage and he stayed there for about a year.

‘All the travelling around, working in different venues, it taught me a lot about myself as a person. It taught me to become more self-sufficient and it made me grow up,’ Jonny tells LCN. ‘Because of where I was, I couldn’t rely on family. I just had the friends that I had made along the way.’

At 30, Jonny moved to Edinburgh and took on the role of head chef at Jamie’s Italian in the city. It was a very busy restaurant, routinely doing around 600 covers a day.

‘I’d already had similar experience at some of the other places I’d worked, so the volume wasn’t that much of a challenge, but this was a completely different style of food which took me some time to get used to,’ says Jonny. ‘I was only there for nine months, but I was working 90-hour weeks and I just got burned out.’

On the positive side, however, he met Christina, who also has a strong background in catering, on his first day at Jamie’s Italian. The couple have been together for six years now and married for three.

They returned to NI together two years ago. Both had been in high-paying jobs in Edinburgh, but they still found the price of homes there prohibitive and so came back to Northern Ireland in order to get onto the property ladder. 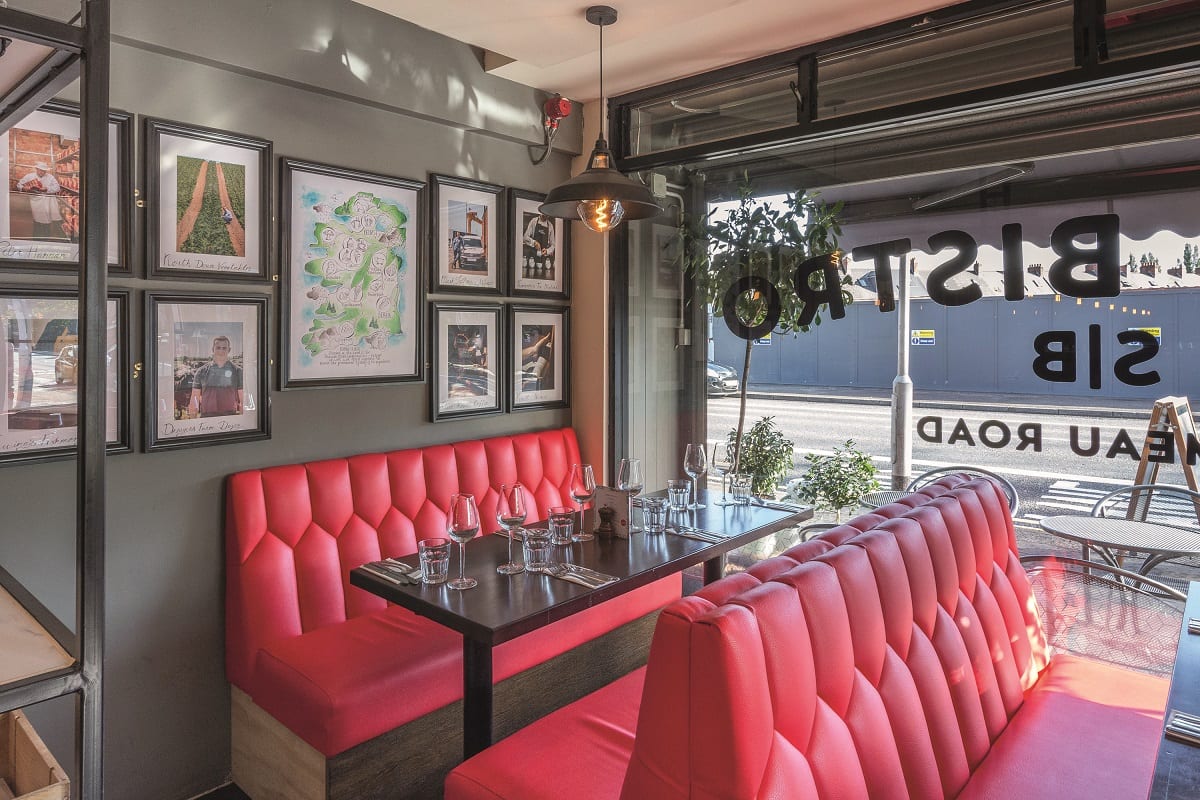 A job as executive head chef at George Best Belfast City Airport didn’t work out the way Jonny had expected and so he left and took on some agency work. When he heard that the owner of Shed Bistro on the Ormeau Road was looking for help, he took that on too:

‘Because the owner wasn’t from a catering background, so she let me get on with it,’ he says.

Eventually, she offered to sell the business to Jonny and Christina and they took it over in November.

‘This was always a great restaurant and it was always quite busy, but where I think it fell down before was in kitchen management and in ensuring a consistent quality of staff,’ remarks Jonny. ‘I started correcting that even before I bought it and we’ve been steadily improving things since then.’

The couple’s long-term plan is to make sure that Shed is as busy as it can be. Ultimately, however, Jonny says he’d like to open a second steakhouse-type venue somewhere in Belfast:

‘’That’s my background and there’s only so much that we can do with the space that we have here,’ he says. ‘I can’t say too much more now, but that’s definitely going to happen.

‘I have worked for a number of big companies and the thing they taught me was that you don’t ever stop doing what you’re doing. I’ve learned from looking at the likes of Jamie [Oliver] what happens when you take your eye off the ball. Things can fall apart very quickly, so we want to be constantly pushing forward.’ 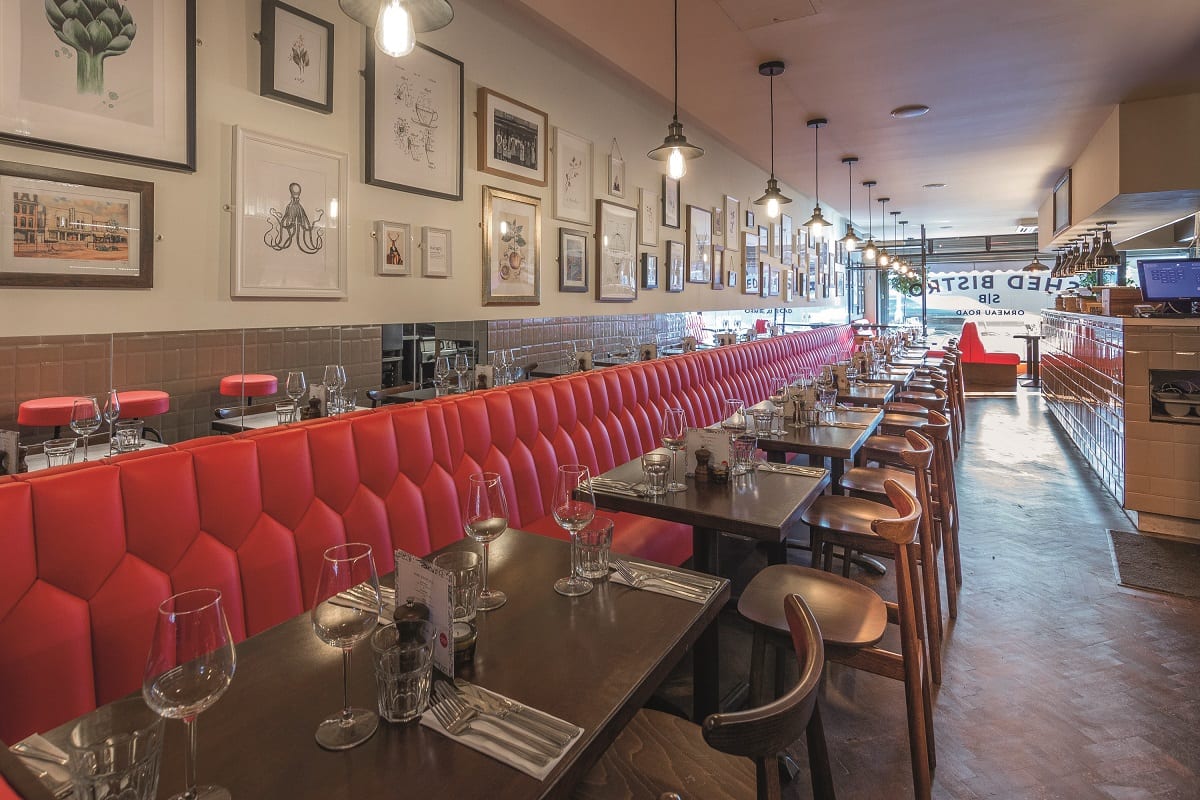