Janine Kane is well-known locally as the amiable proprietor of a burgeoning chain of hospitality venues, but the 49-year-old west Belfast woman started out in a much different line of work.

By her own admission, Janine Kane came into hospitality ‘by default’. Raised in west Belfast, she realised her childhood ambition when she qualified as a nurse, going on to work in the profession for a couple of years before realising that it wasn’t what she’d hoped for.

‘I’d got into nursing to nurse, not do paperwork and even then, it was a job driven by paperwork,’ recalls Janine. ‘I just thought, I can’t do this anymore.

‘A friend said to me, come and pull some pints here [The Parliament in Belfast] and I knew straight away that this was the job for me just because of the interaction that I was able to have with people.’

Her premonition proved accurate. These days, Janine looks after a portfolio of successful bars in the Greater Belfast area. She has The Spaniard in Cathedral Quarter, The Panama City Garden and Café in the Linen Quarter and Muriel’s/Pablo’s in Church Lane. At Stranmillis, she has The Jeggy Nettle and since late last year, she’s involved in a joint venture to redevelop The Chester Bar and Restaurant on the Antrim Road, which she and her partners acquired from the Diamond Group.

Janine ascribes her acquisitiveness to a simple knack for spotting good opportunities and that’s undoubtedly a factor, but she also has flair and the unique stamp that she’s put on each of the venues that she’s acquired has done much to secure their enduring success.

She spent a couple of years pulling pints at The Parliament but it wasn’t until she signed on with Bill Wolsey at his venue, the former Tatu on the Lisburn Road, that she began to dream about achieving something more.

‘Bill had a really excellent senior management team and he decided that his business strategy would be to offer leases to them. Ronan Sweeney was the first to go, he went to Balloo House. I took on The Spaniard and Colm Oates went to The Garrick in Chichester Street.’

That was in 2006 and by that time, The Spaniard was well established as a popular bar, having traded for years under various monikers including Opium, The Blackthorn and The Albert Inn.

On arrival, Janine did a complete refurb and while the downstairs area retained its essential character, she transformed the first-floor lounge, using dozens of religious icons and images to create one of Belfast’s most unusual bars in the process.

‘I’d been to this bar in Seville, El Garlochi, where I saw iconography like this used to great effect and I just brought that idea home,’ she recalls. ‘My bar is more heavily themed than the one in Seville, I think, but for me, it’s got nothing to do with religion. It’s just that I find these things lovely to look at.’

Janine – who adds to her collection of religious icons every time she goes on a trip – also reports that over the years since, perhaps surprisingly, there have never been any negative comments about the décor in the upstairs bar. 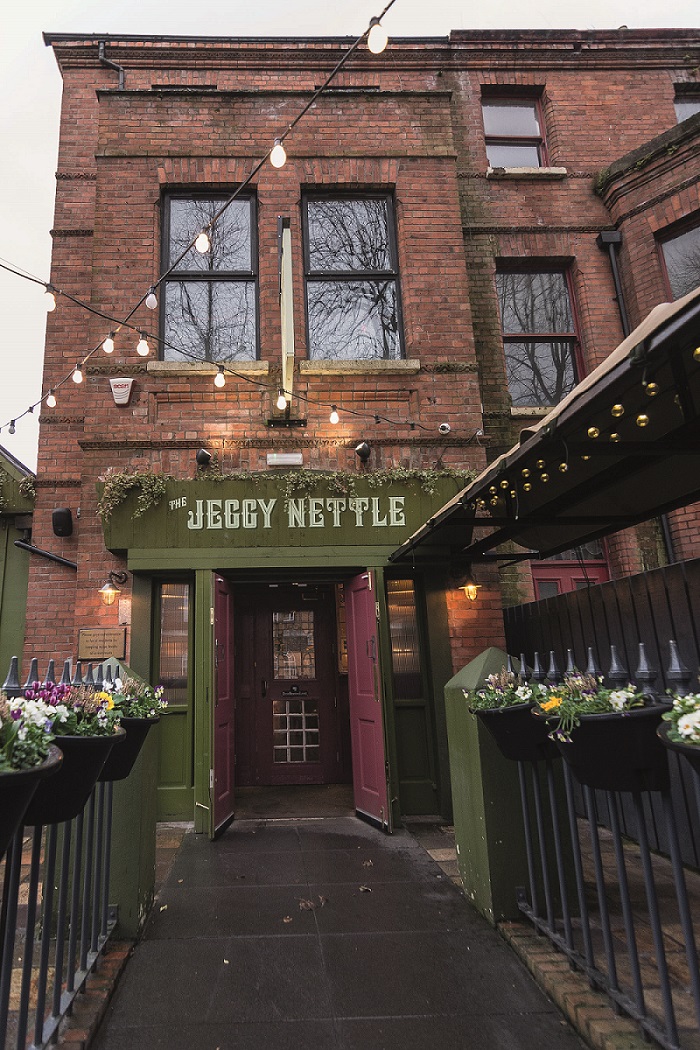 It was five years later that Janine moved onto her next project when she took on premises in Church Lane. Early in the 20th century, the docklands building had been home to a milliner’s shop and Janine gave full reign to the creativity for which she’s known to create the fictional character of Muriel, who worked as a milliner during the day and an ‘angel of the footpath’ by night.

Janine’s new bar – Muriel’s – was intended to be her protagonist’s ‘little bolt hole’ and the downstairs lounge is a reflection of that, right down to the frilly ladies’ underwear that hangs from the rafters.

A couple of years ago, The Monkey Room lounge was added upstairs and around the same time, Janine opened a gourmet burger takeaway next door. Known as Pablo’s, she based the new eatery on a similar venue that she’d visited in Shoreditch called The Dirty Burger, which offered a very limited menu but delivered food of the utmost quality.

There has been disappointment too, however. In the weeks before Christmas, her hopes of adding a rooftop bar to Muriel’s finally foundered when Janine decided that she couldn’t reconcile the likely returns with the cost of meeting extensive planning requirements. That idea is now permanently off the table, she confirms,

But a £300,000 scheme will go ahead during which Pablo’s will be extended and a new lounge will be added on the first floor that will specialise in tequila mezcal. Janine hopes that work will all be finished by the start of March. 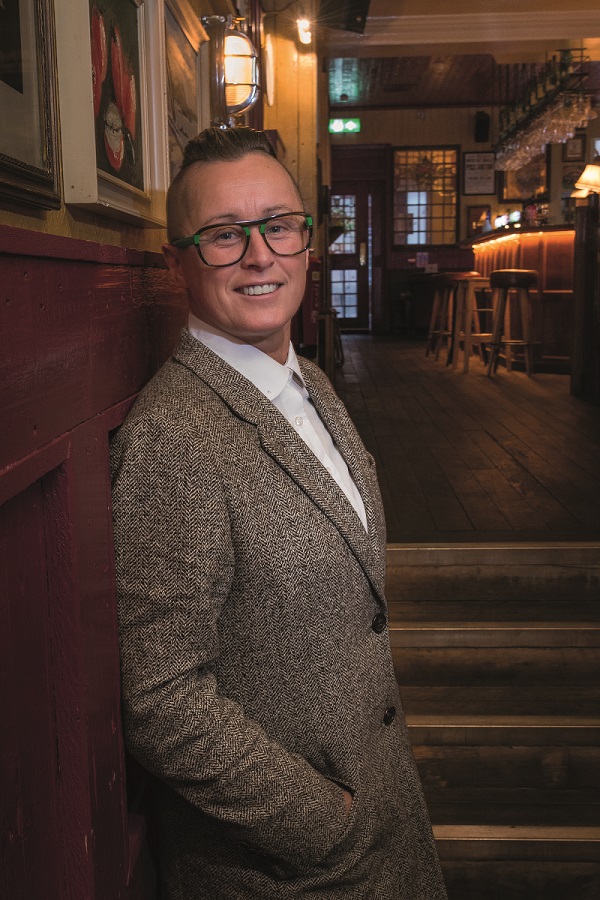 A year ago, Janine opened the doors on the delightfully-monikered Jeggy Nettle at Stranmillis. Formerly known as The House, she approached Michael Graham of Sort Design, who came up with the new persona for the bar. Around £300,000 was spent to create what Janine describes as ‘a comfortable, local neighbourhood pub’

However, it is The Chester bar and restaurant on the Antrim Road that is currently capturing most of her attention. The venue was purchased in a joint venture at the start of December from Eamon Diamond and it’s the first time that Janine has opted for ownership rather than a lease:

‘This has always been a successful bar, primarily because of the chimney pots around it, and I think it could be a lot more,’ she says. ‘As much as Cathedral Quarter and Belfast city centre are growing, they’re becoming saturated and I see the potential in a pub like this simply because of where it is.’

The Chester consists at present of a public bar with a capacity of around 80, a live lounge that can accommodate about 150, a 60-seater restaurant and an off-sales. The first stage of the planned refit will cover the public bar and the adjacent smoking area and Janine hopes to have this finished by early summer.

The entire project, which will take about a year to complete, is set to cost the JV partnership around £600-700,000:

‘This is a long-term investment, that’s what I do, I don’t take on pubs and flip them for a quick profit, I invest for the long term in the area and in people,’ says Janine. ‘I’m investing a lot of money, but you have to keep moving forward. We have other venues with solid reputations and people are aware of that and their expectations are high as to what’s going to happen in The Chester.’

Predictably, Janine says her main priority at present is her new acquisition:

‘We are new to the area and there can be a little bit of resistance, this is change, but it has to occur if things are going to be better. There’s a very good long-term business here built up over many years by Eamon Diamond and we will be looking to build on that and invest in growing it.’

Janine Kane lives for the moment and says that she has no idea what her business will look like a few years from now:

‘I look for opportunities as they come up’, she says, ‘and I base my investment on them. My word is good, if I tell you I’m going to do a thing, then I’ll do it, but I’m not going to put myself into the position where the next five years will be a struggle for me, that’s not how my business operates.’