An eye for the individual

Back in his native NI for a speaking engagement, hotel entrepreneur Ian Taylor gave LCN his take on what it takes to succeed at the boutique end of the market and revealed that he still feels a strong affinity with the hospitality sector here…

Veteran hotelier, Ian Taylor (59), may have experienced a little déjà vu in the middle of October when he rose to address the Speaker’s Lunch at the annual Hospitality Exchange event in the Crowne Plaza at Shaw’s Bridge.

Garvagh-born Ian first spoke at the same lunch 15 years before and he was clearly delighted to be back in front of his home audience.

‘With hospitality, the world is your oyster,’ he told them. ‘Win our industry sometimes, there is this perception that a career here is probably not as good as maybe a career as a lawyer or a teacher might be, but running a really good hospitality business is as rewarding, if not more so, than all these things…there’s no greater satisfaction than owning your own business and being able to put your own stamp on a property.’

For Ian, the speaking slot came at the end of a memorable week in which he and wife, Christa, had successfully sold one of their trio of boutique hotel properties in Bath. Acquired in March 2016, the 40-bedroom 15 Great Pulteney Street in Bath was sold to family-owned group, Guest Holdings for around £320,000 per key.

During their time at 15 Great Pulteney Street – which had been a Salvation Army temperance hotel for 70 years – Ian and Christa had instigated around £3m of renovations and improvements. That’s par for the course for the couple who have built a successful business around painstakingly selecting neglected hotel properties and transforming them into luxury boutique getaways.

Their Kaleidoscope Collection currently comprises two other high-end properties – The Bird, a 31-bedroom hotel in the spa city of Bath, and Homewood, a 21-bed country house retreat, also in Bath and Kaleidoscope’s newest acquisition.

Ian Taylor was raised on a farm in the County Londonderry market town of Garvagh and while he admits to enjoying some aspects of that life during his childhood, his real passion for interior design and characterful buildings would decide his true vocation.

After performing only moderately well at Coleraine Inst, Ian opted for further studies at the former catering college in Portrush before joining the hotel division of the Bass brewing company – Crest Hotels – as a trainee manager. His first management role came eight years later at the Crest Hotel in Gloucester, where he remained for 16 months. Bass acquired the Holiday Inn group in 1989 and Taylor subsequently transferred to a property at Sutton in Surrey, where he stayed for the next two years.

He married Christa when he was 32 and after a year away from the front lines working in a marketing role, he returned to the Crowne Plaza brand, eventually going in as manager at the 480-bed Heathrow outlet, the biggest property in Europe at that time.

By the mid-90’s however, Ian and Christa were actively planning to venture into business on their own and at the end of the decade, they bought their first hotel, the 15-bed Cotswold House at Chipping Campden.

Ian admits, however, that the move into self-employment took a little getting used to:

‘After three months, I was thinking that I’d made a terrible mistake,’ he recalls. ‘You’re used to having an entourage of support and then suddenly, it’s just you. But we persevered. We had maybe, 20 staff, we had a little restaurant that we built into a very busy food operation, which we had to extend, and we eventually got the hotel up to 30 rooms.’

Ian says that for Christa and him, it was a conscious decision to develop hotels exclusively at the boutique, luxury end of the market:

‘We felt comfortable operating in that niche,’ he tells LCN. ‘If we go and stay somewhere ourselves, then we want it to be different and better than it is at home. The main difference between this and the corporate world is that there, all the rooms are pretty much the same. We like to be individual and at the Cotswold House, guests could see each of the rooms and choose which one they wanted to stay in.’

The couple sold the Cotswold House in 2007 just before the recession began to bite and they didn’t dip their toes into the sector again until 2011, when they bought the Abbey Hotel in Bath. Again, significant investment followed as Ian and Christa drove business up. For three years, the revamped property traded at 96 per cent occupancy before it was sold on in 2018

With the purchase of 15 Great Pulteney Street in the spring of 2016, the modern Kaleidoscope Group was beginning to take form. Alongside the huge improvement programme at Great Pulteney Street, a total of 11 new rooms have also been added to The Bird since its purchase in March last year and planning permission is now being sought for 10 new rooms and additional facilities at Homewood.

Ian and Christa take responsibility for much of the interior design and styling at their hotels themselves:

‘For us, it’s about looking closely at each opportunity, each location,’ says Ian. ‘Then you clearly identify your route through these properties so that you can see where you will grow them. Put your own stamp on them where you can, create them with your own identity, that’s what we’ve done.’

As for the future, Ian says that his ‘passion and desire is to create great hotels’. Looking five years into the future, he says he hopes that by then, Homewood will be established as one of the UK’s great destination hotels:

‘I think I would like to do another hotel, if I could find the site,’ he confides. ‘I’m also not sure that it would be in Bath, I’d like to try Bristol if we found the right opportunity.’

One thing not on his agenda, however, is retirement:

‘I don’t think so,’ he says with a laugh. ‘I love what I’m doing too much. I have a great team of people that work with me and I still have all this energy…’

NI-born entrepreneur, Ian Taylor says that he retains a strong affinity with his local roots and once considered buying the prestigious Bushmills Inn.

‘I actually keep a very close eye on hospitality in Northern Ireland and I did think that I would like to come back and do a business here,’ he told LCN recently. ‘I was almost going to buy the Bushmills Inn in 1997 and I probably should have done it.’

Noting the growth in the hotel sector here in recent years, Ian said that he’d witnessed similar trends develop in the City of Bath, where his hotel group is based:

‘You get this growth in supply, then it drops a bit but it’ll come back,’ he remarked.

He also revealed that he had previously had an interest in developing a hotel in Belfast’s Titanic Quarter and he also looked into the possibility of a project at Galgorm Castle near Ballymena when the golf course was under construction.

‘I do see huge potential for growth in the boutique hotels sector in Northern Ireland and creating personalised experiences for guests,’ he added. ‘I envisage future opportunities, especially on the north coast.’ 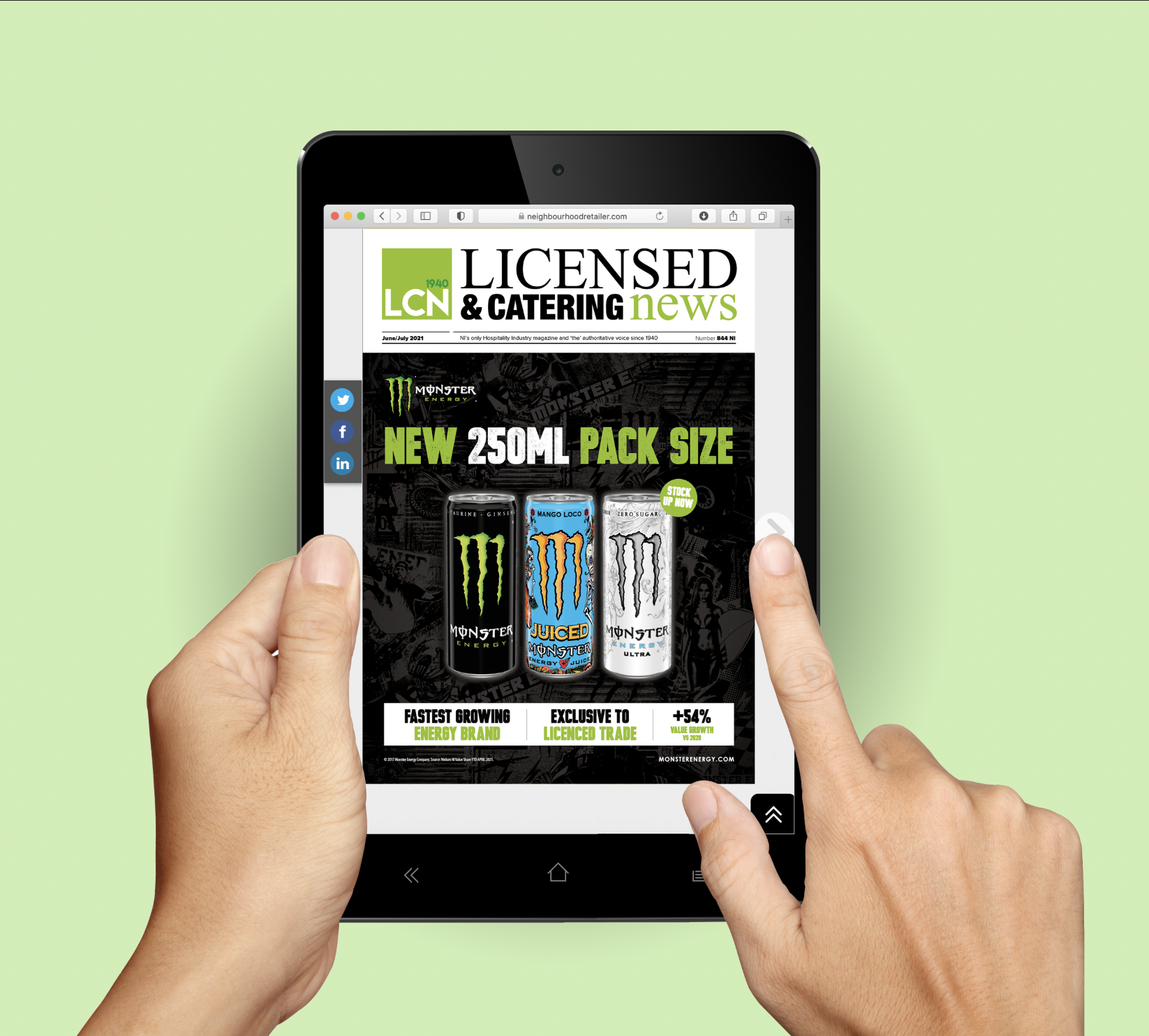