Thinking inside the box…

A desire to stop working for others and begin building a hospitality dream of their own led Belfast brothers, Gerard and Christopher McQuillan to establish one of Belfast’s most unusual dining experiences.

The clue is in the name. Freight, at CS Lewis Square in the east of the city, is a restaurant created inside a series of old shipping containers. Opened in March this year, the venue’s industrial appearance conceals a comfortable and contemporary interior where a focus on service and high-end seasonal cooking has helped it to a solid Trip Advisor rating of 4.5.

It’s vindication of the people-centric approach adopted by brothers Gerard and Christopher McQuillan – both are grateful for the warm support they say they have received from the community in east Belfast and keen to “give a little back” to the local people that have made them so welcome.

When the restaurant opened its doors in March this year, it was called Pot, Kettle, Black, but the rights to the name already lie with an eatery in Manchester and the brothers were forced to find a new moniker for their fledgling business.

“To be honest, we felt that ‘Freight’ was more fitting anyway because of the containers,” Gerard tells LCN. “The place is really quirky and we have the element of surprise, it’s beautiful inside with a real eclectic mix of modern décor. This is a very cool restaurant to sit in.”

He’s been familiar with hospitality since his very early teens when he worked alongside his granny Monica as part of her silver service team.

“I watched all the chefs knocking it out and I always had a lot of respect for them,” recalls Gerard. 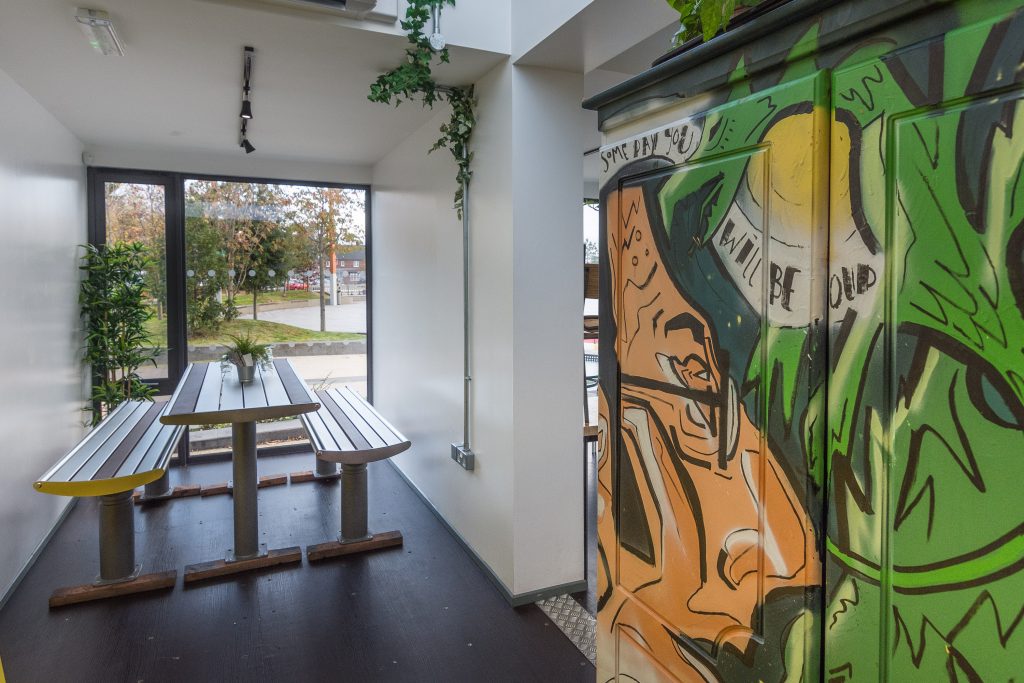 A few years later, he acted on his aspirations and took a place at the former College of Business Studies at Brunswick Street in Belfast where he studied hospitality and catering.

On leaving the college, his first job was a commis chef for Michael Deane under his head chef at the time, Ricky Hay – Gerard describes the experience as “a real eye-opener”. After nine months or so, he moved to the former Oxford Grill where he worked as a commis chef for about a year.

A further stint at Cutter’s Wharf followed but Gerard was growing tired of Belfast. When a spot at the National Concert Hall was advertised, he successfully applied and within a short time, he’d been made head chef at the venue.

“This is the home of the National Symphony Orchestra and so there were always symphony orchestras from around the world doing residencies, the clientele was very demanding,” says Gerard. “There were lots of big evenings there and on top of that, the company I worked for had a lot of big contracts, including the National Gallery of Ireland and Phoenix Park and I had to oversee these as well. It was tough, but it was very good for my career.”

Gerard came north again after he and his partner, India, decided to get married. He wasn’t sure what he wanted to do about work and so he spent time helping out some of his friends in the trade. His brother, Christopher, who has a background in mixology, was similarly disillusioned with the state of his own career and in October last year, the pair decided to try organising some supper club events.

The first evening – a five-course tasting menu followed by dancing – was very successful after members of the cast of television drama, Peaky Blinders attended and tweeted about the experience.

Gerard and Christopher’s supper club nights – christened ‘The Gypsy Kitchen’ – have continued to be popular and are now organised on a monthly basis.

Freight came into being after Gerard struck up a relationship with the East Side Partnership and eventually took charge of the shipping containers in which a café had previously been operating. Initially, he built his offering around the concept of a casual brunch menu, with supper also available between Thursday and Saturday. 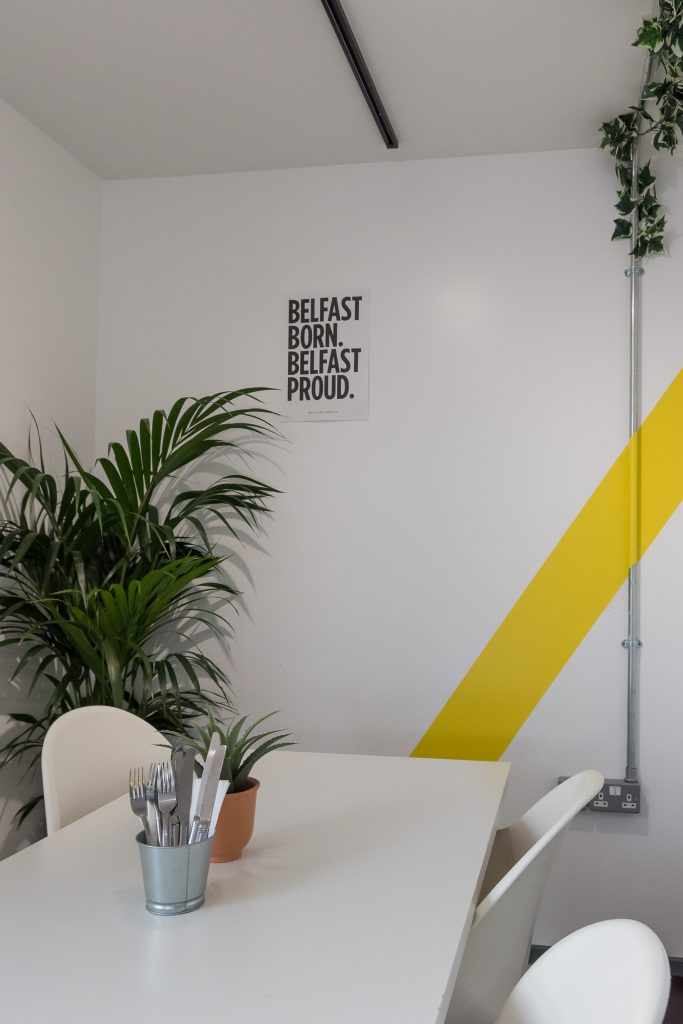 “Initially, we had to work at it, but then the summer came in and it just went absolutely mental. People were queued out the door,” says Gerard. “”It’s cool”, that’s the response we get most of the time. There’s always great music blasting and a really relaxed, casual atmosphere. And the food will shock you, I guarantee you, it’s not what you’re expecting.”

Christopher looks after front-of-house for Freight. A former regional winner of the prestigious Bacardi Legacy cocktail competition and an LCN Bar Person of the Month, he puts the emphasis on friendly, down-to-earth service.

“I have to say, people have been really positive. We’re only human, but we put our heart and soul into this and feedback generally has been really encouraging. We couldn’t work any harder and that shows in the food and service. I think it’s because we are doing this for ourselves. There’s always a smile and everyone gets a warm welcome and a ‘thank-you’.”

As for the future, Gerard says that securing a liquor licence is a priority.

“We’re bring-your-own at the moment, but we think that by March, we should be in a position to go for our licence and once that happens, we’re going to be working with the local craft breweries. There are big things going to be coming to this area.”

Gerard says that the whole community in east Belfast has been very supportive of the new restaurant:

“We’re not from this area but everyone has just been fantastic,” he adds. “They’ve really got behind us and we’d like to give a little back and make sure that we end up with the best place in Belfast that people can visit.

“This has been the toughest thing that we’ve ever taken on, but it’s been so rewarding and I wouldn’t change any of it.” 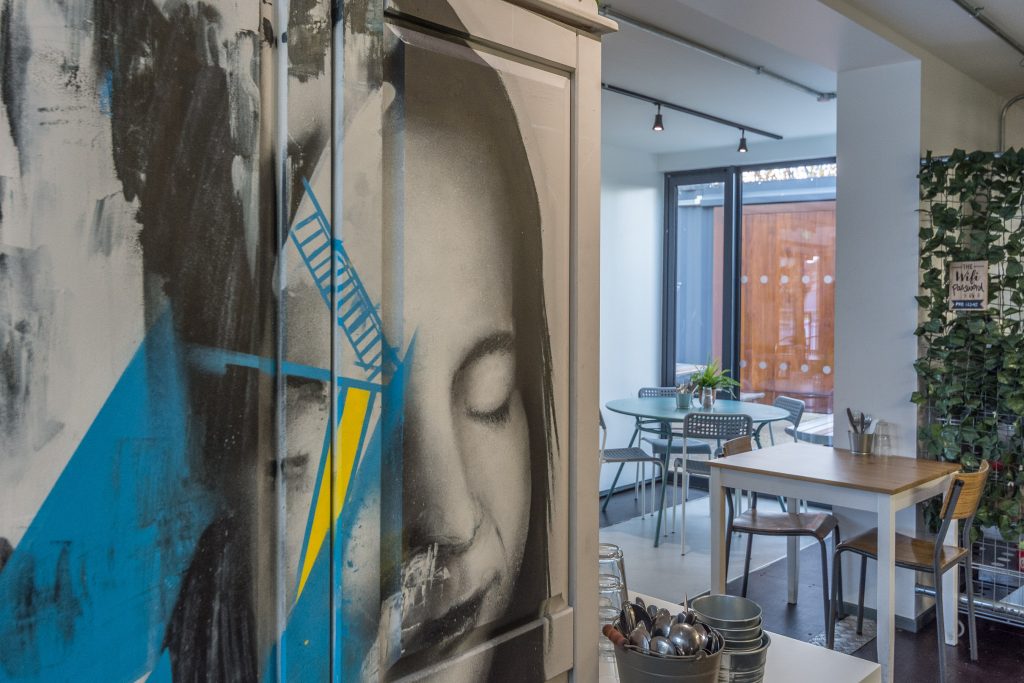 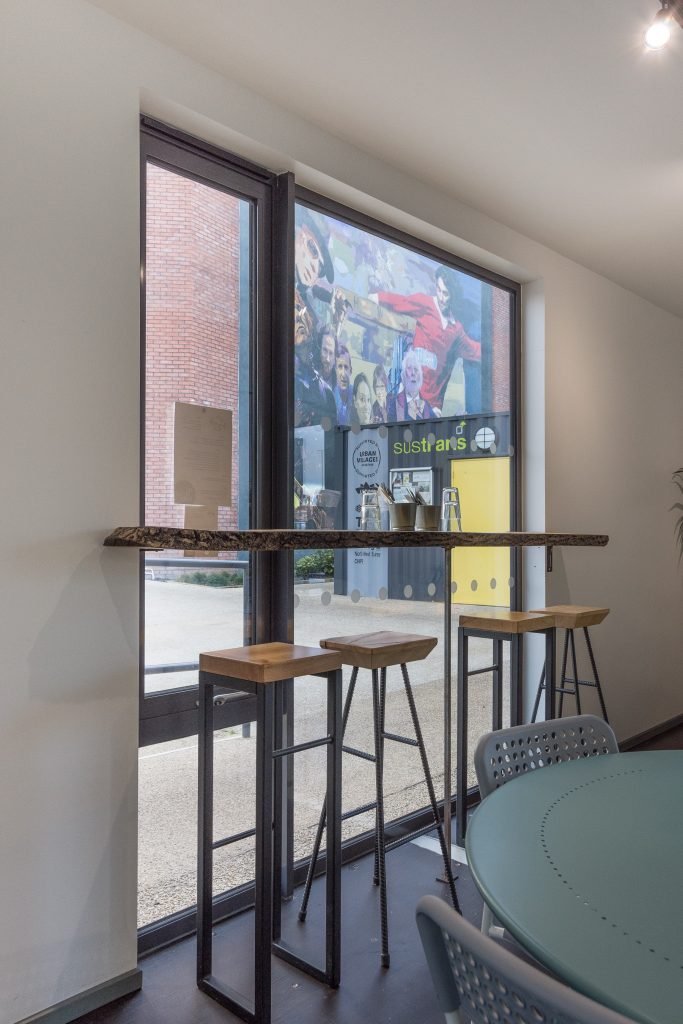