The runaway success of Blackwell House, a boutique guest house at Scarva in County Down, is all the more remarkable when you realise that its owners, Joyce and Steve Brownless, had no experience of the hospitality sector prior to opening the doors at the venue in 2014.

In the last six years, Joyce and Steve Brownless certainly haven’t been idle. They’ve added three new guestrooms at Blackwell House, their high-end guesthouse at Scarva in County Down, bringing the current tally to six; they’ve also opened a cookery school; entered the small wedding market and moved forward significantly with plans to add spa facilities to their guest offering.

The house, which was awarded five-star status by Tourism NI little over a year after opening, now also holds the title of Georgina Campbell Guest House of the Year for 2019.

‘It’s been astonishing, it really has,’ Joyce told LCN this month. ‘I don’t think we realised it when we first opened, but we know now that our product is very different from what’s available elsewhere because it’s very personal…I also feel that there is a group of people who come here to Northern Ireland from all over the world who have money and who are used to a particular standard of living and they are looking for this kind of luxury.’

Joyce and Steve were living in Wiltshire and working in London when they made the decision to embark on their new business venture around 2013. Joyce, who comes from Northern Ireland, was working as head of talent and development for communications giant, Vodafone and Steve was employed – and still is – by high-end kitchen appliance manufacturer, Gaggenau.

By her own admission, however, Joyce found London to be a ‘soulless’ place and the four-hour round trip to work in the city each day had become a burden that she was increasingly loathe to endure:

‘We didn’t make the decision to open a guest house straight away,’ she says. ‘But I knew that I had to get away from London. Everyone is very friendly there but everything is always on the move. I enjoyed what I did and I got lots of experience, but I just felt that the time was right to leave.’

‘I took a few months off and during that time, Steve and I began to think about our future,’ explained Joyce, who comes originally from County Down. ‘We were living in Wiltshire, Steve is English, but he always loved coming back to Northern Ireland with me. I knew I wasn’t going to be happy in England long term and Steve loved it over here, so I thought, this might be the time to make a move.

‘We’d travelled extensively and we’d noticed that in other countries – South Africa in particular – there are lots more boutique guest houses than there are in Northern Ireland despite all the stunning places that we have here.

“Opening a guest house was something that we had always talked about doing and when we were looking for somewhere to live, we always had that in mind. When we saw this place, we absolutely fell in love with it and shortly after we moved in, we thought, let’s just go for it.’ 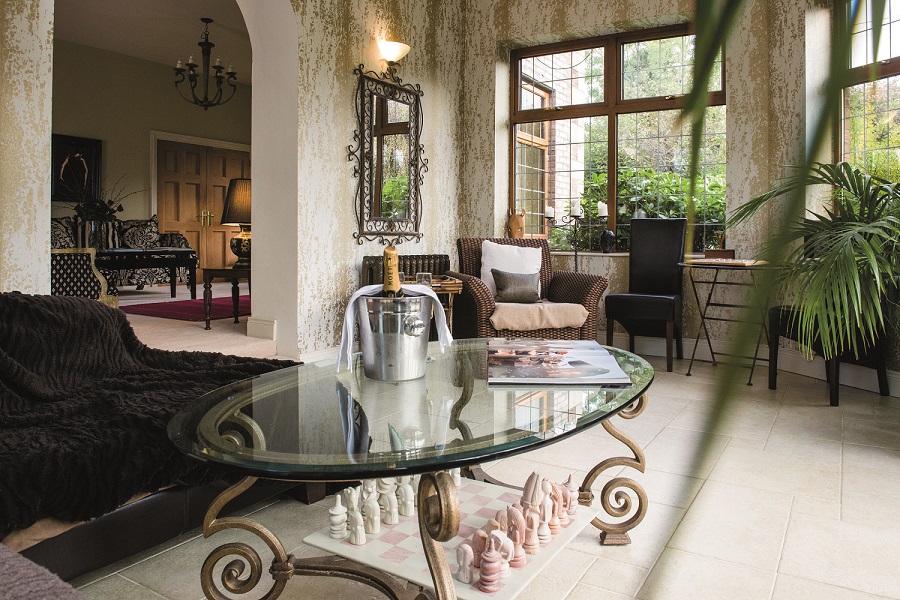 Last year’s addition of three new bedrooms at Blackwell has made a huge difference to the guest offering and Joyce and Steve have already booked a number of intimate wedding ceremonies during which the bride and groom have exclusive use of the guesthouse:

‘It’s been unbelievable,’ says Joyce. ‘I think there are a lot of brides and grooms out there who don’t want to have to take out a huge loan to be able to afford a big wedding and there are other who would simply prefer to have an intimate wedding. Small weddings can really end up lost in a big hotel, but at Blackwell House, people can feel really special.’

Blackwell House is actually only around 25 years old, although it gives the deliberate impression that it’s a much older dwelling.

‘The place was owned and built by a professional builder and he put a lot of effort and attention into it, it has loads of character, says Joyce. ‘We have thick walls and high ceilings, all the floors and doors are made from reclaimed pine, so it’s just full of traditional appeal and the guests just seem to love that.’

And as for the food, Joyce says the menus at Blackwell are based on wholesome family recipes handed down through three generations:

‘We still have my great-aunt Maggie’s old handwritten cookery books and we make all our soda bread on my granny Lily’s old griddle. Our food is always locally sourced and often cooked with a modern twist on our Aga stove. The emphasis is on great menus, tailored to suit our guests and served in relaxing surroundings’

Spa packages look set to be the next big innovation at Blackwell. The couple have already installed a treatment room, which they hope to have open by May, just in time for the summer season. They also have a Jacuzzi and hope to add sauna facilities soon.

‘It feels as if we’ve just completed Blackwell House phase two,’ remarks Joyce. ‘We’ve added all these new facilities, we’ve upped our game on social media and we’ve just launched a new website which is modern and clean and we feel, reflects our up-to-date approach.’

As for the future, Joyce is focused on creating conditions whereby Steve, who still works in England for Gaggenau in England, can re-join her at the guesthouse full-time:

‘He’s very good at front-of-house, he’s very good with people and what we both want is to be running Blackwell together, that’s the biggest thing that we’re working toward now,’ she says.

‘I don’t think we’re going to be adding any more rooms, we want to keep that intimate feeling, but I do think that when Steve comes into Blackwell, we’ll do a lot more corporate work.

‘We also have ideas about selling our own products. Absolutely everything that we serve at Blackwell is made from scratch and so many people ask if they can buy the jam or the bread, so I think we may go into some sort of hamper or food-related business in the future.’ 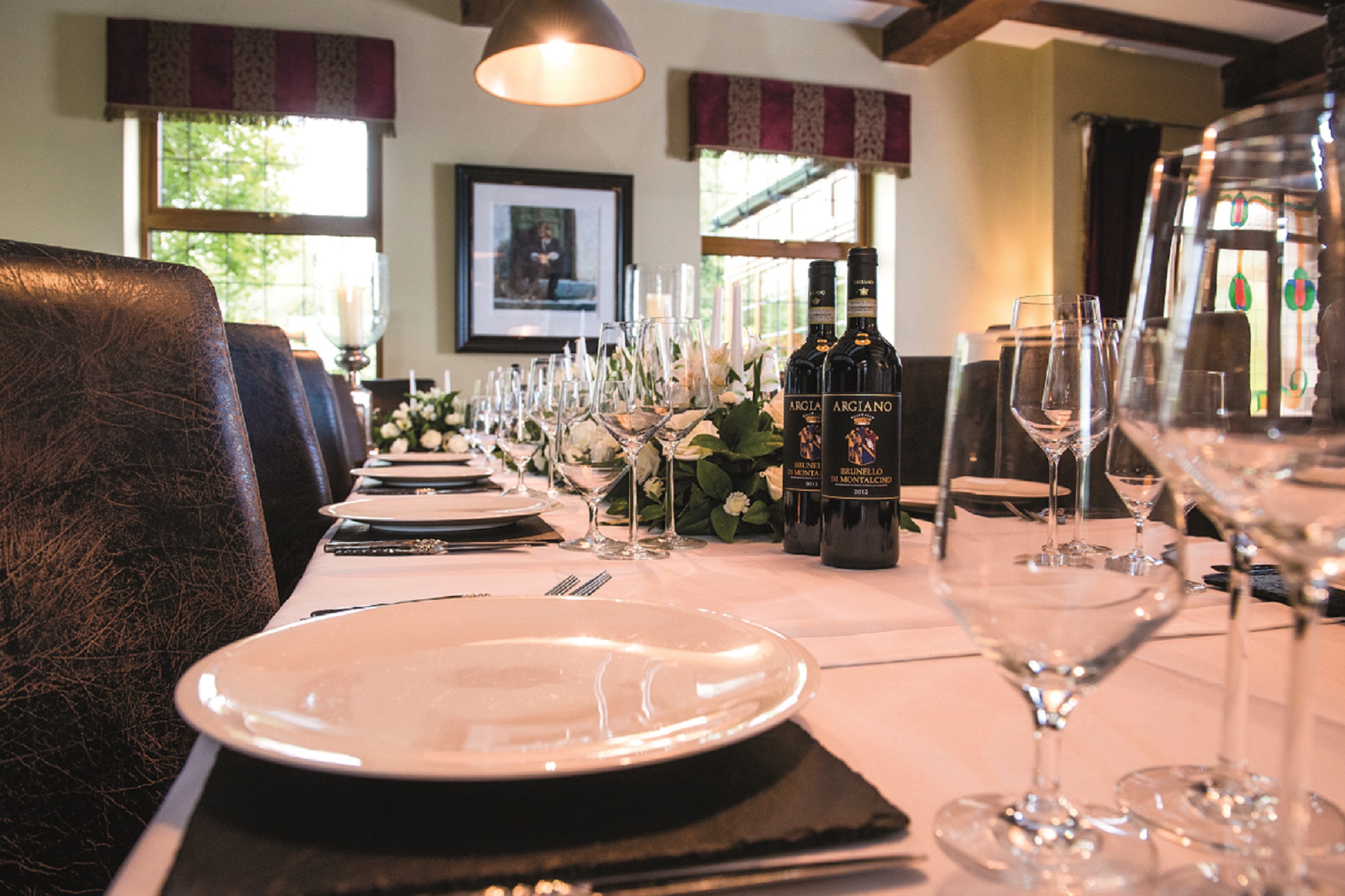