Killeavy rises from the ruins

The Killeavy Castle Estate, located near Newry in south Armagh, opened its doors to the public in mid-April following a two-year, £12m programme of renovation and refurbishment…

For a very long time, you might have been hard pressed to name a region in Northern Ireland less likely to attract the attention of tourists than south Armagh. But that’s no longer the case.

Today, the country’s smallest county enjoys its fair share of curious visitors, intrigued by its plethora of ancient sites, its rich rural vistas and, of course, its apple orchards and the cider that flows from them.

That list grew by one on Easter Monday this year when the doors opened on Killeavy Castle Estate – a luxury hotel and spa development complete with its own farm and set on 350 acres of rolling Armagh parkland.

The grade 1 listed building had lain derelict for over a decade. Formerly known as Bell’s Castle, its last resident – Maureen Bell – was forced to live in a caravan in front of the property because the main building had fallen into such a state of disrepair.

When the entire property eventually went on the market in 2013, it attracted the attention of Mick Boyle and his wife, Robin, former residents of Armagh now living and in Australia where Mick runs a successful civil engineering firm.

The couple, who return home frequently to visit friends and relations, were keen to invest back into the community in south Armagh and seized on the idea of converting the ruined family home at the foot of Slieve Gullion into a luxury rural getaway.

A £12m investment followed and more than 90 contractors – many of them from Armagh but now living in Australia – set about the mammoth task of restoring the castle’s former grandeur.

‘Robin and I wanted to change the way that people think about south Armagh,’ Mick said recently. ‘We wanted to create a destination venue where tourists and local people could come and enjoy great dining, access the beautiful mountain walks and feel very connected with their natural surroundings. We want Killeavy Castle to be a world-class destination where people can escape the busyness of modern life and get closer to what’s important.’

Built in 1836, the restored Killeavy Castle offers four luxury bedrooms, a formal dining room, a cellar bar and private function facilities, all with period features that have undergone significant restoration. Behind the castle itself is a permanent marquee that can be used for weddings and corporate events.

The main hotel is located 300 metres from the castle on a site that was formerly occupied by the estate’s coach house and farm buildings. It comprises 45 bedrooms, a spa and a walled garden from which much of the food cooked in the hotel kitchens is sourced.

The estate also boasts a working farm with Cheviot sheep and longhorn cattle. 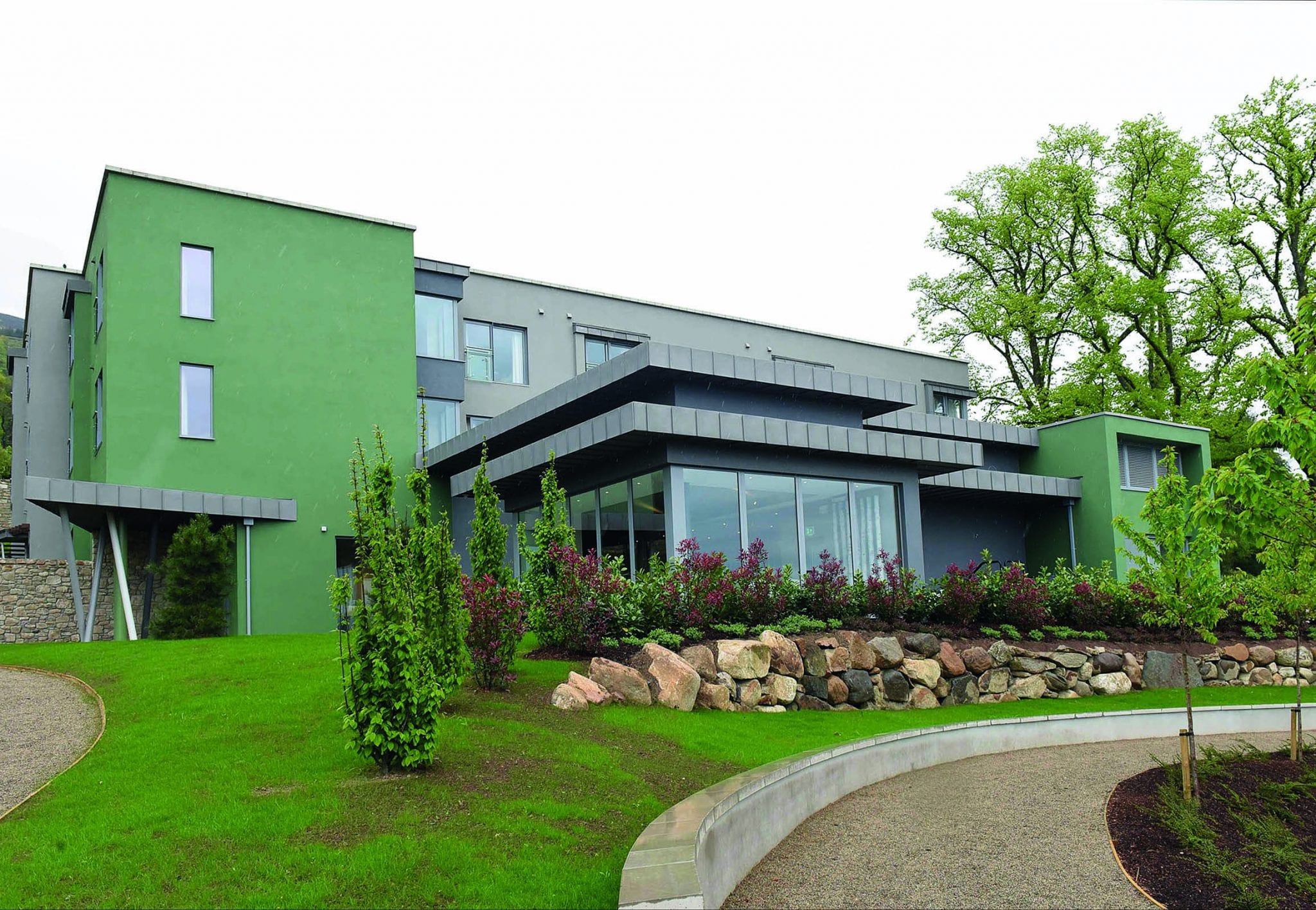 Jason Foody (43) from Ballina in County Mayo, is the new general manager at Killeavy. Jason has strong hospitality credentials, having already supervised a number of new hotel openings including Rockhill House in Letterkenny and the former City Hotel in Derry-Londonderry.

For a time in the early noughties, Jason owned his own hotel, Foody’s Lodge at Quigley’s Point in Donegal on the site of the original Point Inn.

And he was also manager at the renowned Redcastle Hotel in County Donegal, now the Oceanfront Golf & Spa Hotel.

‘I first got involved at Killeavy when a recruitment agency contacted me. I drove up to see the place and fell in love with it straight away,’ Jason told LCN this month.

That was in June last year and Jason subsequently got heavily involved in all aspects of the ongoing renovation work, making adjustments to the internal configuration of the hotel, managing the budget for the interior fit-out and supervising sales and marketing and staff recruitment.

‘The hotel opened a little behind schedule,’ he says. ‘We had originally intended to open at the end of 2018, but the weather held us up a little and Mick and Robin wanted everything to open at the same time, so we took the decision to hold off until the spring. The hotel opened to the public on Easter Monday and everything is now open accept the café facilities in the walled garden.’

With more than 60 events already booked at Killeavy, Jason says that most of the feedback they’ve received from visitors has been ‘constructive’:

‘People are very pleased with what’s been done here,’ he adds. ‘The majority of them comment on the setting and the peace and quiet. It’s like another world here and people love the way that the castle has been brought back to life.

‘This is really a balance between the old and the new, it’s about bringing the modern world into this setting and many people have complimented us on the way that’s been managed.’

Inside the main hotel building, the theme is noticeably equestrian, referencing the stables that once occupied the site. In the rooms, the colour schemes reflect the seasons of the year.

‘Guests will have a view out across open farmland or down onto the inner courtyard of the hotel. No matter where you are, you’ll have something interesting to look at,’ adds Jason. ‘Even though most guests don’t stay in the castle itself, they are able to connect with the history and story of the place.’

As for business, Jason says that since opening on April 22, the response has been ‘very positive’. By mid-May, 63 events had been booked at Killeavy.

‘At this point, we are now focused on getting in, getting our service levels right and making sure that the team is comfortable and competent in what they’re doing,’ he goes on. ‘After that, we’ll be focused on developing both [parts] of the hotel and creating something that is different and distinctive.

‘Long-term, it’s going to be about seasonality, we want to keep developing the ‘farm to fork’ ethos that we have here, we want to develop our walled garden and grow our herds of sheep and cattle. We want to become a lot more seasonal in everything that we do.’ 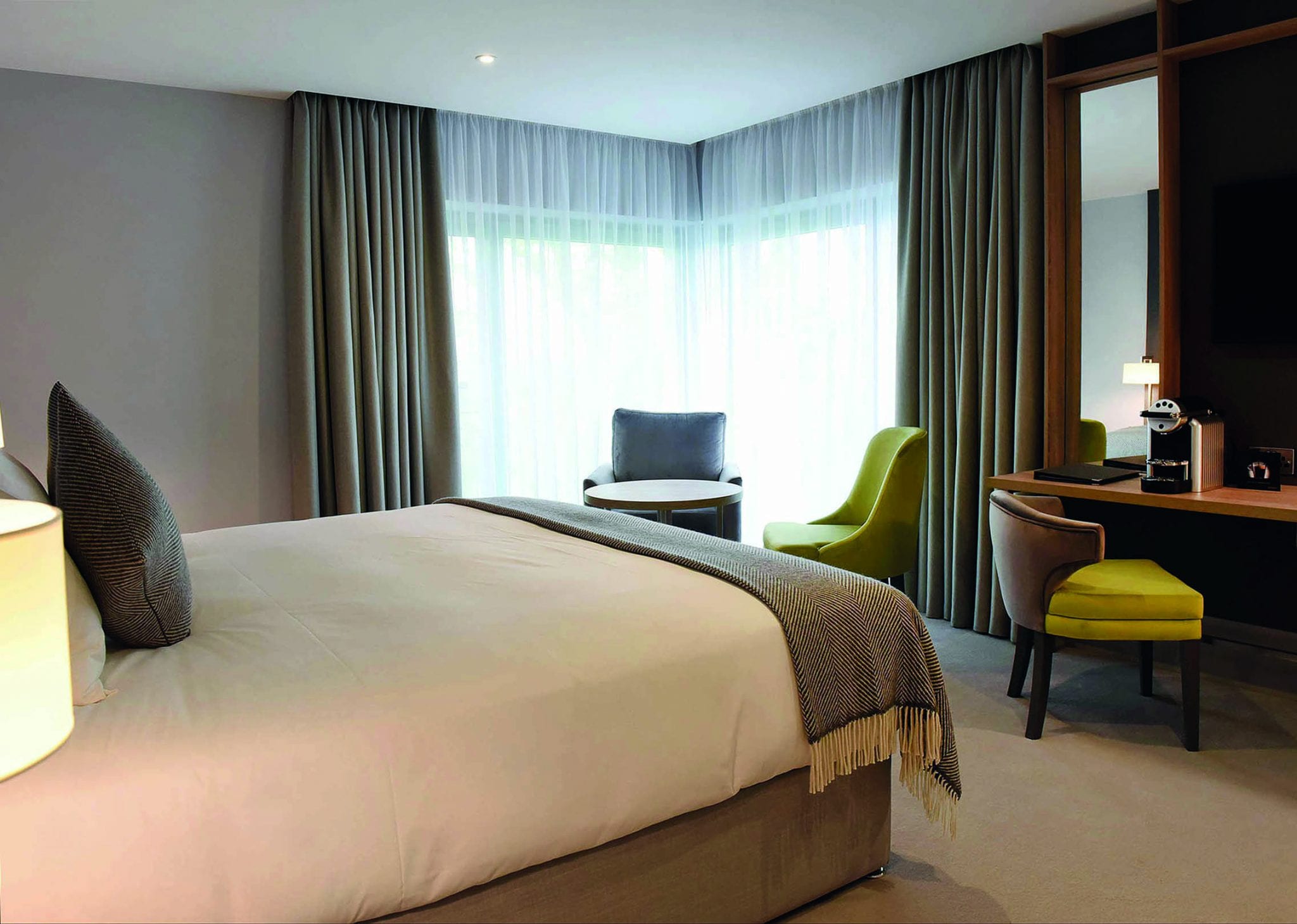 Hastings Hotels investment in chefs is ingredient to success