With two major refurbishments currently underway, Andrew Gedge says Wolf Inns will double its footprint within the next five years.

Although Andrew Gedge has been involved in the leisure and hospitality sectors here since the early 90’s he’s never deliberately sought the limelight.

Now, however, following a series of high-profile acquisition and investment announcements, the 38-year-old Bangor man is moving centre-stage in the local trade serving notice this month that he hopes to double the size of his venue portfolio within the next five years.

Andrew already has a significant presence in the Belfast and north Down area. In Bangor, his Wolf Inns brand is behind The Hop House, The Goat’s Toe, The Ava Wine Bar, The Pit and lively Betty Black’s in High Street. In Newtownards, he has Roma’s, where a £500,000 refurbishment scheme is poised to get underway shortly and in Belfast, Wolf Inns has just bought the iconic Bellevue Arms on the Antrim Road. Wolf Inns also owns and leases out popular Ballyhackamore venue, The Stokers Halt.

‘We’re very definitely in expansion mode,’ Andrew confirmed to LCN this month. ‘What we want to try and do is double what we have within the next five years or so. We’re looking for places that we can take on and run ourselves as Wolf Inns and we’ll consider taking on premises and leasing them back to current or new owners.’

Andrew Gedge clearly relishes the challenge presented by each new venue that he acquires, but his heart hasn’t always been set on a hospitality career. In 1992, he bought Barnum’s ice cream shop on the Lisburn Road in Belfast and grew the chain with another two outlets before selling it on later that decade.

In 1993, he took on the franchise for the Pickie Fun Park in Bangor from the local council, operating and developing the popular family attraction until January this year.

‘When we took it on, it was just a very basic park,’ recalls Andrew. ‘It just had the swans and a little train. We went on to add things like zorbing, go-karts, inflatables, ice-cream and crazy golf. Ultimately though, this was just a franchise and eventually, I began to feel that I needed to focus on the bar trade. That’s something I’ve always wanted to be involved in.’

Around that time, Andrew went on holiday with his friend, Bill Wolsey and he recalls getting onto a ski-lift with the veteran hotelier and pub operator:

‘By the time I got off, I’d agreed to buy the former Café Ceol and the Boom Boom Room in Bangor,’ he says.

In the event, he only kept that venue for around 18 months, selling it on for a healthy profit, but his heart remained set on hospitality. He took on The Salty Dog in Bangor, eventually selling it on to Bill Wolsey and in 2012, he bought Monroe’s in the town, turning it into a successful live music venue.’

At present, Andrew’s attention is most focused on two major new projects. In March, Wolf Inns took on the Bellevue Arms, which has sat on its lofty perch on Belfast’s Antrim Road since the mid-1930s. The popular venue consists of two restaurants and a deli along with a beer garden and panoramic views of the city.

At present, work is underway to revamp the exterior of the popular venue but a further £250,000-worth of improvements are already with planners, including a fresh new look for the first-floor restaurant and the beer garden. An off-licence will also be added at the Bellevue in June.

‘We aren’t go to be changing the name of the bar but we’re going to be rebranding it with a great new look,’ says Andrew. ‘We really want to build on the strong foundations that are already in place and further enhance the hospitality offering to the people of north Belfast and beyond.’

Andrew has also just announced a £500,000 investment programme at Roma’s, a popular bar and bistro in Newtownards.

The first phase of that scheme, which was due to be finished at the end of May, involved a revamp for the downstairs bar and restaurant. Phase two, which will go ahead later in the summer, will involve the creation of a new and separate bar, The Fox and Hounds on the ground floor within the footprint of the existing building. Finally, the 120-seater bistro and private dining areas on the first floor will be completely refurbished, leading to the creation of a New York-inspired open-air roof terrace.

‘Roma’s has been a fixture in the town for 50 years, but people like to see change, they don’t like looking at the same thing all the time,’ says Andrew. ‘We’re investing in the business all the time and we are always researching. We’ve been to London and Dublin recently, trying to get a feel for how other people do things. Then, when we design a bar, we create a mood board from here, there and everywhere and try to do something different. Some of this is our own ideas and the rest is picked up from what we see other people doing.’

Going forward, Andrew remains very focused on the nuts and bolts of his business – costs are huge, he says, everything from PRS fees to business rates and increases in the National Living Wage are all big issues. Nevertheless, he remains convinced that in the current climate, expansion is the way forward.

‘I’m not ruling anything in or out,’ he says. ‘Everything is on the table…’ 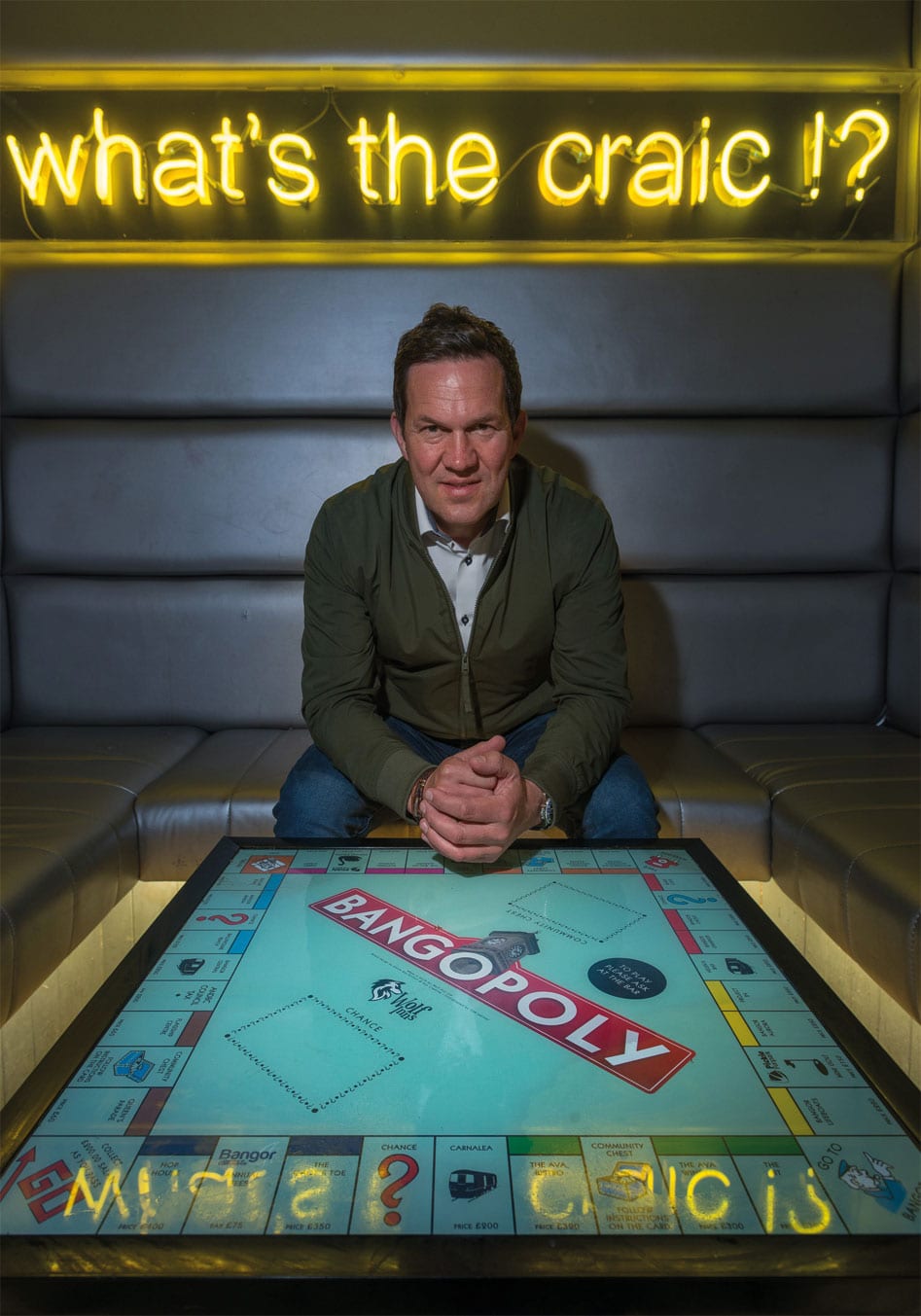