The men behind The Bowery and Crafty Vintner have reopened one of Belfast’s best know bars as the city’s first ever brewpub.

The Deer’s Head on Lower Garfiield Street, was founded by Wine & Spirit Merchant John Donnelly in 1885 and after a troubled decade has now thrown open its doors again complete with a fully functional on-site brewery and refurbished Saloon Bar.

Step inside and the attached Bell’s Brewery is on full display with customers able to see the entire brewing process from the comfort of  their seats.

The origins of Bell’s Brewery date from 1778, when founder John Bell operated one of the first-known commercial breweries in Belfast and helped kickstart the beer revolution in the city. 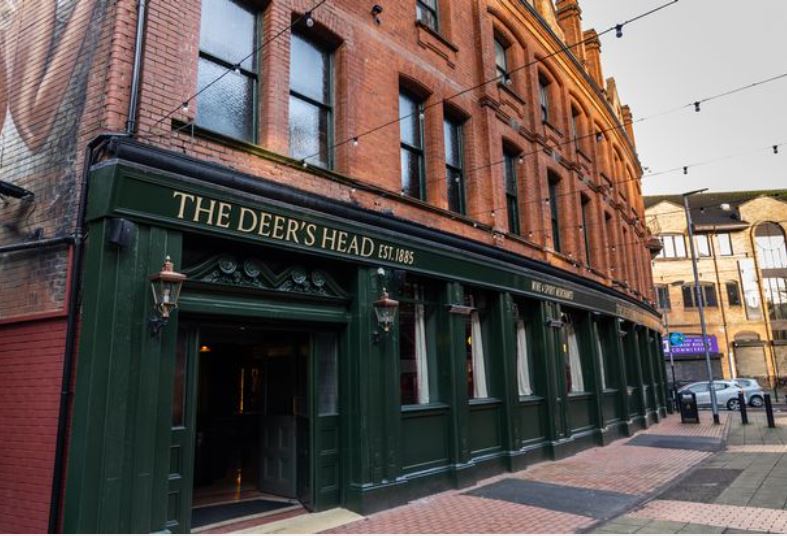 Lower Garfield Street, where The Deer’s Head & Bell’s Brewery are situated, was once known as Bell’s Lane in his honour and new owners Andrew Maxwell and Paul Camplisson are doing their bit to revive what was once the city’s thriving brewery quarter.

Serving unpasteurised, unfiltered beer, born and brewed in Belfast, The Deer’s Head promises the freshest pint in the city created with state-of-the-art brewing equipment including the only copper Brewiks tanks to be found in Europe.

The core range is named after old bars of the area, including North Star Lager, Black Bull Stout and Monkey Shaving the Goat IPA and the venue is the perfect spot to visit for anyone wanting to explore the world of craft beer for the first time.

As well as craft beers, the bar also boasts over 100 whiskies and 70 gins and a new live music venue is due to open upstairs, with a  secret rooftop cocktail bar also in the works.