Belfast restaurateur Tony O’Neill opened Buba – his latest Belfast creation – about 15 months ago and speaking to LCN in April, he said that he and his wife, Andrea, couldn’t be happier with the results…

Belfast restaurateur, Tony O’Neill, says that just over a year after opening the doors on his latest creation – Buba, at St. Anne’s Square in the city – the venue has exceeded all the expectations that he and his wife, Andrea had for it.

Located in premises formerly occupied by The Fourth Wall restaurant – the new eatery has been a consistent hit with diners:

‘All the dishes at Buba are designed around small plates, from tapas to starter size, and it encourages lots of sharing,’ Tony told LCN this month. ‘All our flavours are inspired by food from the Mediterranean, Turkey, Greece, the Middle East and North Africa.

‘We just took all the flavours from those regions and did our own take on them…I don’t think anyone else over here is really doing that.’ 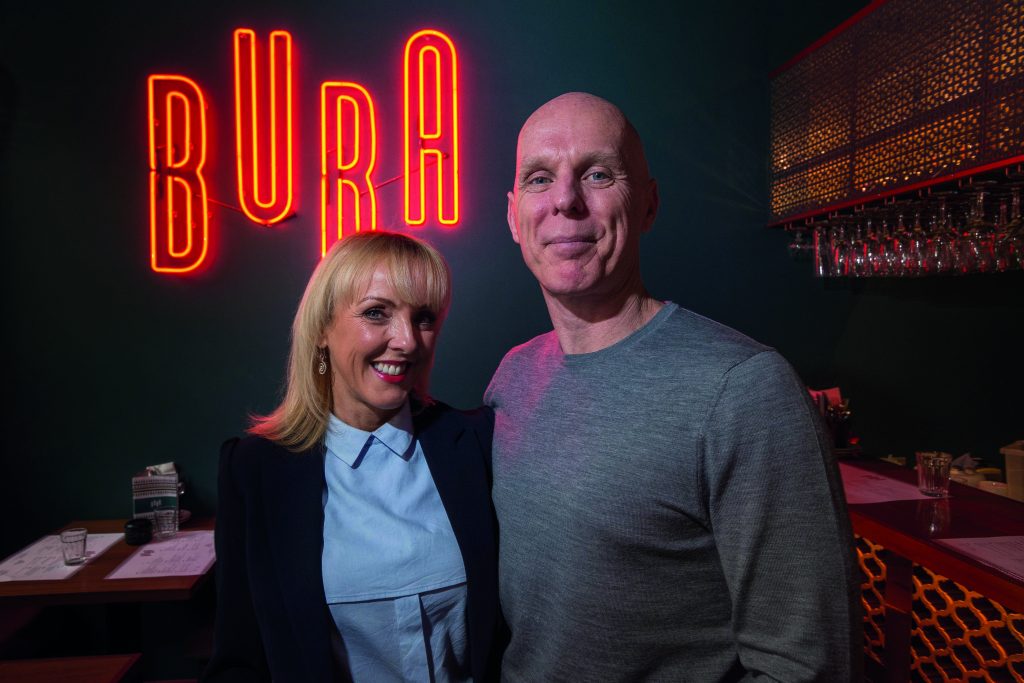 Tony is well-known and highly regarded in the local restaurant trade. He set out on his own in 2015 when he parted ways with long-term business partner, Sam Spain. The split was amicable, but Sam took two venues with him from their partnership – Il Pirata, a casual Italian eatery that’s still trading well in the Ballyhackamore area of the city, and Piccolo, a café version of the pair’s acclaimed restaurant, Coppi, which is also located in St. Anne’s Square.

Tony retained Coppi and in 2015, he opened the doors on a new project, Bartali, an Italian restaurant in the north coast resort of Portballintrae. His new charge was short-lived, however, and Tony closed the doors after barely 18 months of trading.

Speaking to LCN last year, he blamed Bartali’s demise on the seasonal nature of trade along the north coast:

‘The summer was fantastic but the winter was just too long,’ he said. ‘You have a window of opportunity that’s basically three months long and with Portrush doing so well, it’s hard top compete. It’s a lovely part of the world, but it just wasn’t to be.’

His latest Belfast project isn’t the first time that he and Andrea have collaborated on an idea – they opened The Cock and Bull Bistro together in Australia in 1994 – but Buba is their first NI-based project.

The name harks back to the couple’s early days together in Australia – ‘buba’ is a term often used there to describe a baby, and that’s exactly the light in which Tony and Andrea view their latest collaboration. 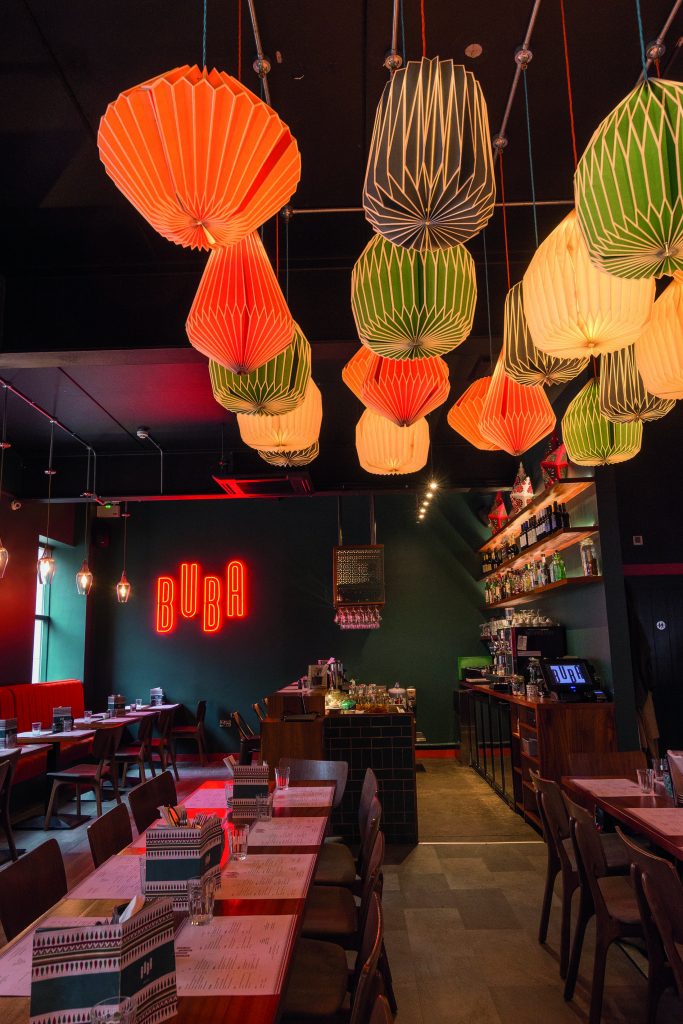 Under the guidance of head chef, Gerard Dornan, Buba offers a thoroughly diverse menu of small servings – everything from baklava-stuffed medjool dates and falafels with chili jam and tzatziki to grilled picanha steak with spiced butter. It’s spicy and eclectic and customers have responded well to the variety on offer, says Tony.

‘We also do a great cocktail menu,’ he adds. ‘Everything takes its inspiration from the same regions as the food, we use spices and different little bits and pieces infused into the cocktails, it’s been going down really well.’

Speaking to LCN last year, Tony was concerned about many of the same issues as his colleagues in the hospitality trade, including licensing legislation and the attraction and retention of skilled staff.

Now, with another Easter period just gone and no important changes on the horizon for NI’s out-dated drinks legislation, he’s more convinced than ever that the current rules are damaging the trade:

‘They’ve held us back a lot’, he confirms. ‘And the problem is that we have no representation on this, no-one sitting at Stormont and that doesn’t help our case.’

‘Hospitality is one of those industries which is still seeing a tremendous amount of growth and the biggest issue we face now is staffing because the more the industry grows, the smaller the pool of talent becomes. We already employ a lot of people from eastern Europe and if that dries up, then that could be a problem for us.

‘But we just get on with it. That’s what we have to do. We have our own in-house training programme and we train our own staff for Coppi and Buba. It’s the only way to do it. The hospitality industry has not stopped growing yet and I think that for us, staffing will be the single biggest issue that we will face in coming years.’

In the past, Tony has indicated that despite his experience in Portballintrae, he would still consider taking the Coppi brand to locations outside Belfast if the right opportunity came up. For now though, he says that the focus is on consolidation. 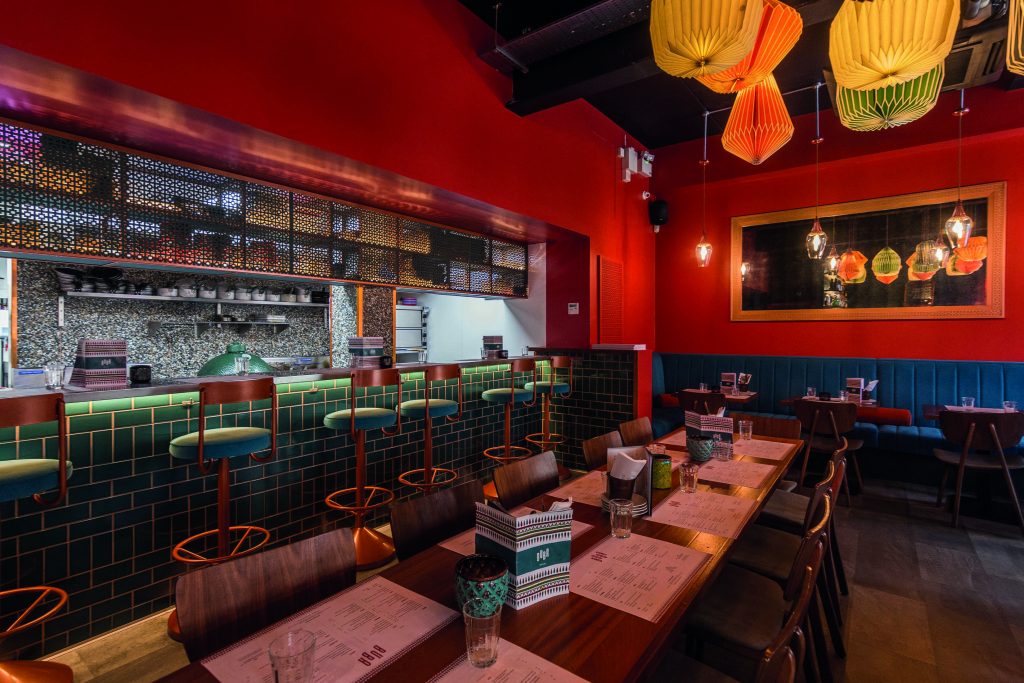