Iconic White’s Tavern – holder of the oldest liquor licence in Belfast – re-opened its ancient doors to the public in October this year following a sympathetic restoration by its new owners, The Clover Group.

When White’s re-opened in Winecellar Entry at the end of October, it was the latest in a rapid succession of redevelopments by new hospitality group, Clover, which has now completed seven venues in just 16 months, including Pug Ugly’s in the former Morrison’s Bar and the former McCracken’s in Joy’s Entry.

Speaking to LCN this month, Clover’s operations director, Zoe Watson, said that White’s was one venue which the group had been keen to secure from the outset:

‘It’s a place that has such a rich history and a place that everyone in Belfast knows’, says Zoe. ‘The brand has been around since 1630, it’s a premises that everyone wanted to get their hands on and when it come up, everyone jumped at it.’

White’s look every inch the historic tavern that it is. Nestled among Belfast’s celebrated old entryways, its whitewashed walls, open hearth and richly stained wood easily conjure images of city life that have long since been forgotten. 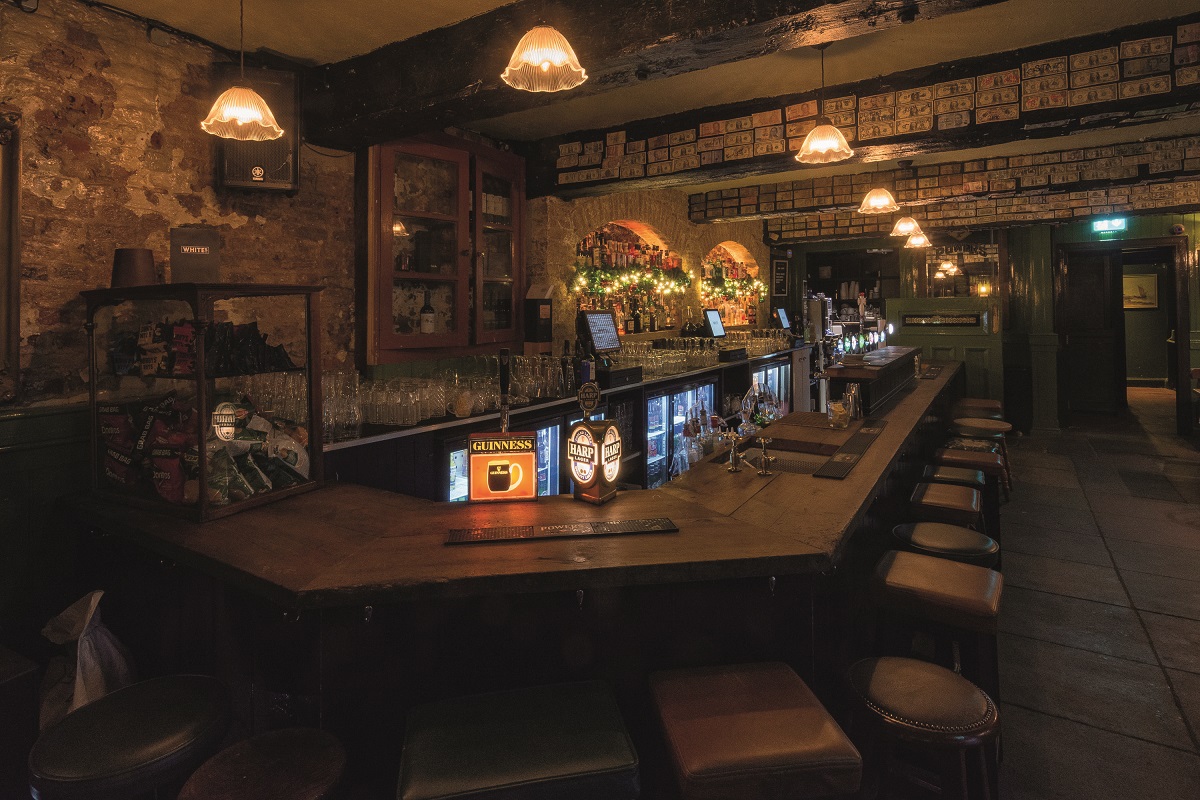 Belfast-based O’Donnell O’Neill Hospitality Design were charged with refurbishing the old bar. Clover’s brief to them, says Zoe, was where possible, leave things as they are:

‘They were clear that White’s wasn’t to be changed out of all recognition, nor its cherished atmosphere disrupted,’ she explains. ‘Service efficiency and an enhanced and more comfortable offering were the primary objectives.’

The original 17th century bar still has pride of place in White’s and this was lengthened and lowered during the refurbishment, enabling more customers to be served simultaneously.

Previously, White’s had provided a limited food offering but Clover has now established a new restaurant on the first floor where a video gaming lounge had previously been located. Christened the Oyster Rooms, the new eatery has the feel of a traditional Irish dining room. Simon Toye, a former head chef at Deane’s in Belfast, has been brought in to oversee the delivery of a seasonal, locally sourced menu that does include oysters.

The name of the restaurant is drawn from an old newspaper clipping that one of Clover’s researchers had found. It mentions WInecellar Entry and makes reference to a venue in the vicinity that was called the Oyster Room.

Graham O’Donnell from O’Donnell O’Neill says that the design of the new restaurant has been ‘respectful and authentic’: 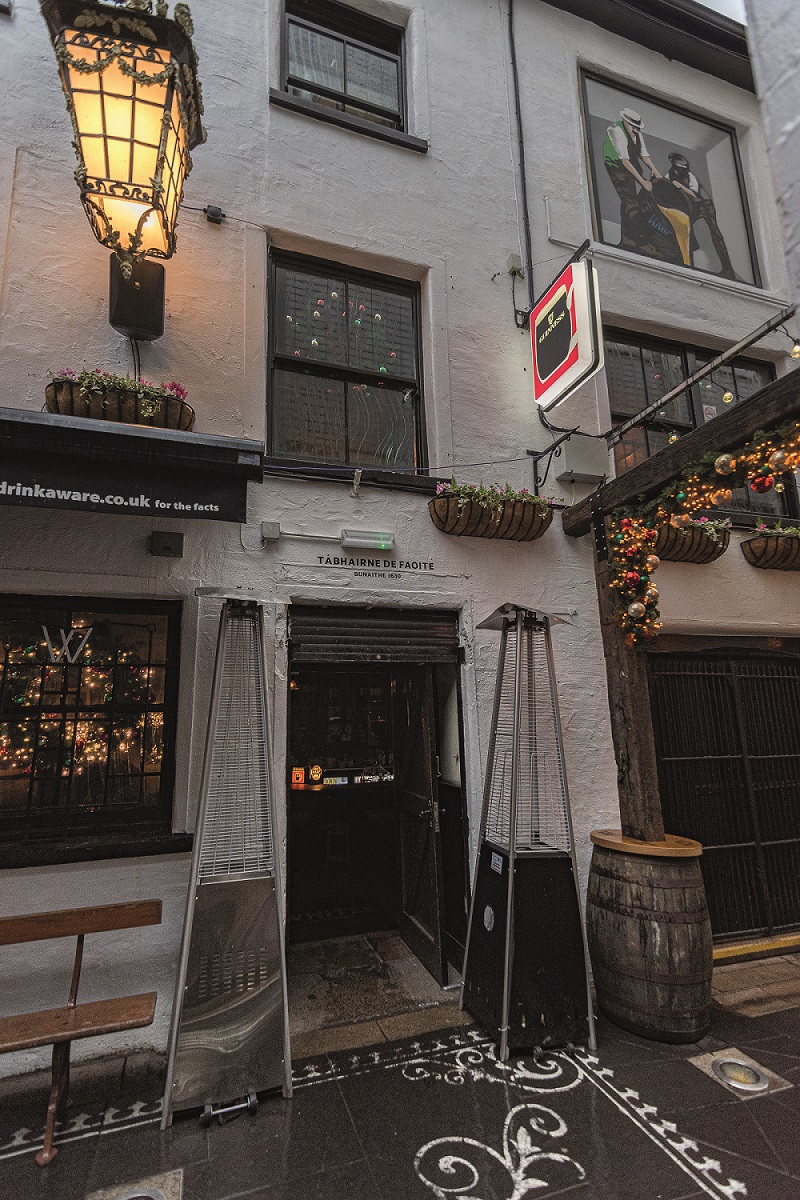 Clover has also created a lighted, pagoda-style pavilion in the courtyard space outside the bar and spent money to enhance the approach to White’s along the entry:

‘We knew from our experience with refurbishing McCracken’s that these historic entryways can be very complimentary to our offering,’ continues Zoe. ‘We’ve done a lot of work to tidy and brighten up the area and make it more welcoming for people coming down here to the bar.’

It’s all part of a gentle process of change and refinement at White’s that seeks to preserve the venue’s historical character:

‘We have not brought major change to White’s,’ confirms Zoe. ‘There’s a regular here, Jim, that’s been coming in for 40 years. The only real difference that Jim sees is that now, he’s sitting on a high bar stool. Change has been done with a light hand, changes to the draught beer on tap, an expansion of the food offering, that type of thing.

‘White’s is famous in Belfast in hospitality terms, it’s been loved by so many generations of people who all have memories of the place, so hanging onto that essence was our main priority.’

In terms of feedback, Zoe says that visitors have been ‘pleasantly surprised’ that so little drastic change has occurred:

‘We’ve just improved on something that was already great,’ she says. ‘People seem particularly pleased with what we’ve done in the alleyway outside, it makes them feel a lot more comfortable about coming in.’ 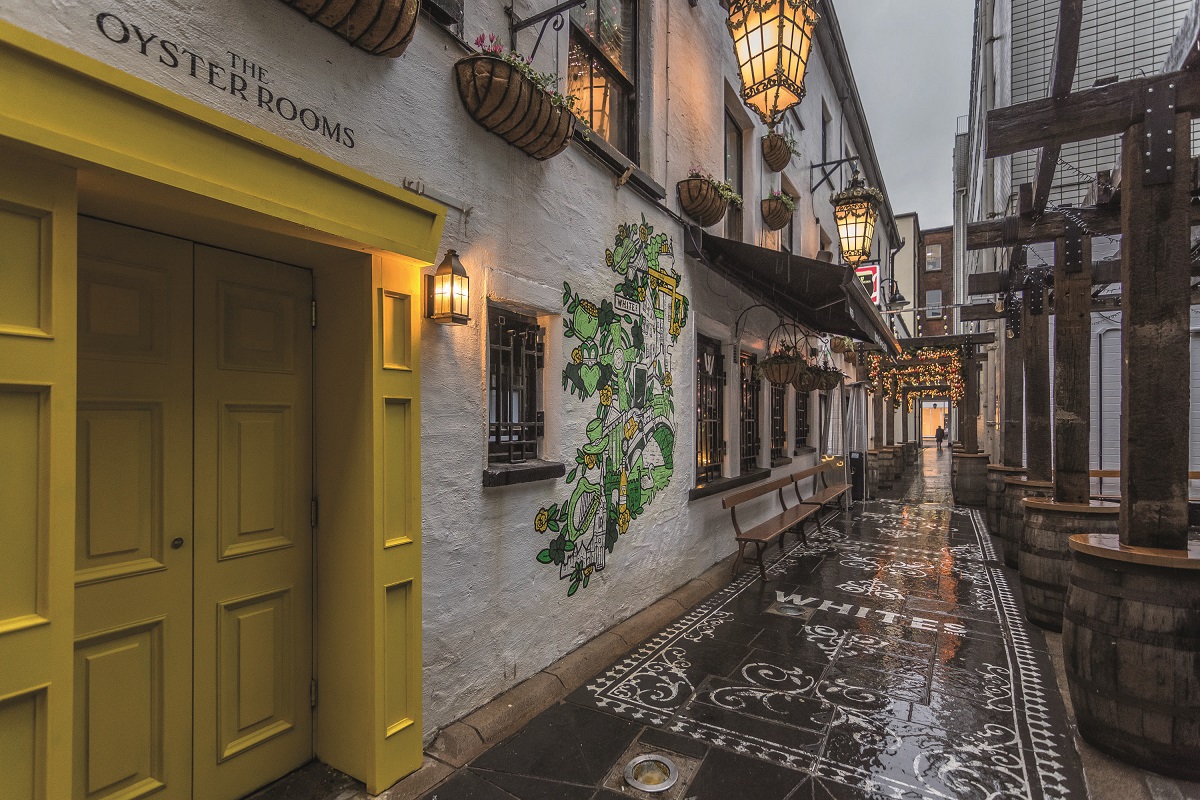 As for the Clover Group generally, Zoe says that plans remain on track:

‘We’ve done seven venues in 16 months and it’s been tough,’ she concedes. ‘Opening bars is a big job, and these are big projects to manage. But we move quickly when we see that opportunities are there, and we’ve taken on some fantastic staff in the venues that we have bought and that’s been a great help.’

Going forward, Zoe says that there will be no let up in the pace:

‘We’re always working on something,’ she says. ‘We opened the Fountain [on Fountain Lane] two weeks after we had done White’s and our main focus now is on driving both these venues and then, of course, it is Christmas which is huge for the business.’ 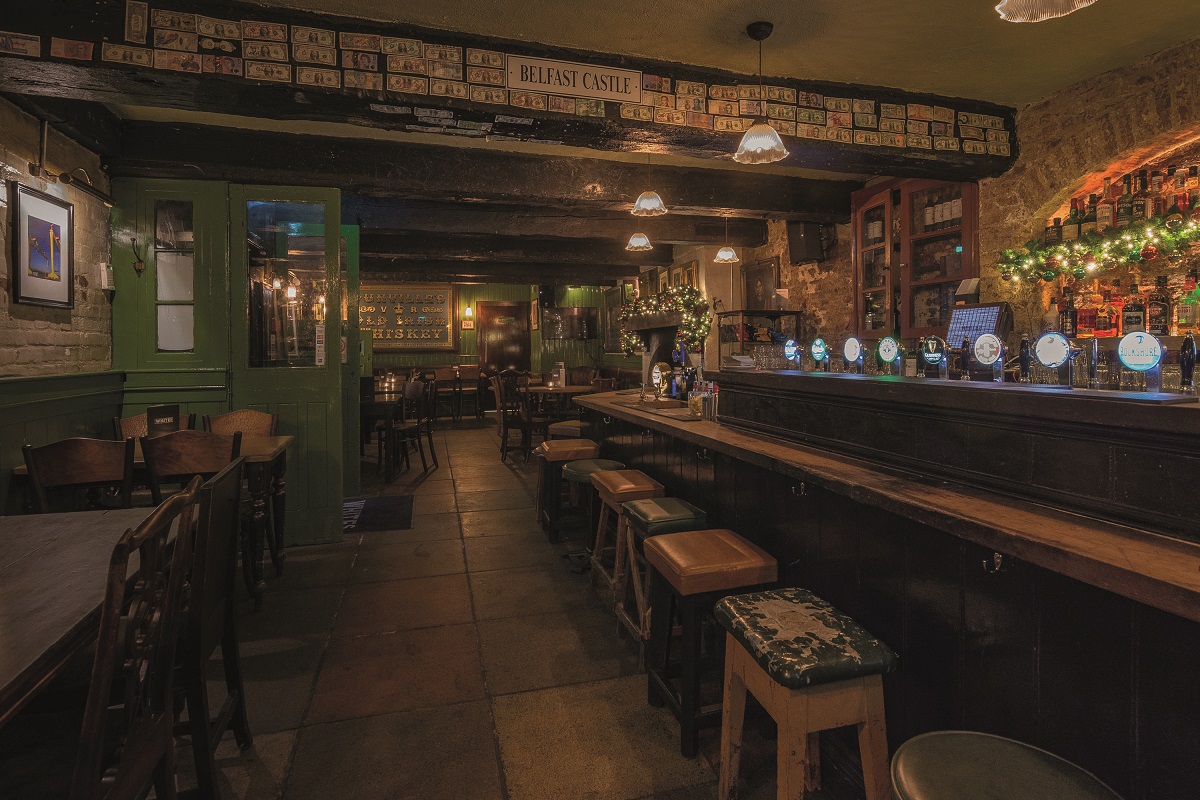